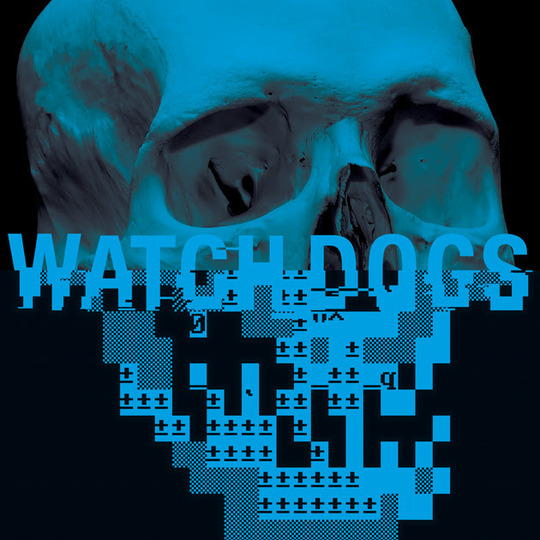 So it’s 2014, and the video game industry is worth over $80 billion. I don’t think anybody need be caught particularly aghast to find game soundtracks on an equal footing with their film counterparts nowadays . It was inevitable, really. Did you know that video game music even has its own academic sub-discipline now? It’s called ‘ludomusicology.’ You can go to an annual conference and everything.

But if video game soundtracks really are the new film soundtracks — getting widely acknowledged standalone releases, distinct from the game itself — then they’ll have to stand up to the same nonsense film soundtracks long have. Chief among which is the judgement of internet eejits (yes, hello), for whom the task of writing about a thing conceived specifically to work in a particular context having only experienced it completely out of that context seems very fitting. So here I am, reviewing the Watch Dogs soundtrack without actually having played Watch Dogs, like a food critic about to deliver a verdict having done nothing more than sniff the salt shaker.

But presumably Brian Reitzell—a well-regarded film composer—is used to it all by now. His extensive portfolio is certainly impressive: highlights include contributions to almost everything Sofia Coppola’s ever done (including Lost In Translation), and more recently, NBC’s acclaimed Hannibal series. Musically, the Watch_Dogs release represents another interesting entry for a versatile composer who always seems to be able to adapt to the needs of the project at hand. It’s all very synthetic, industrial beats and metallic synths rubbing together to create a particularly ominous kind of ambience. Trent Reznor and Atticus Ross’s soundtrack to The Social Network might not be a bad point of reference.

An obvious pitfall of any soundtrack is that what you’ve essentially got is a collection of functional music made functionless. Which is not to say that it’s bound to suck: I mean, I don’t think I’ve ever actually listened to Music for Airports whilst watching a Boeing 747 take flight, but that doesn’t mean it’s not still beautiful. But sometimes the Watch_Dogs soundtrack does feel a bit… well, very much like a soundtrack, and you do begin to wonder what’s ‘supposed’ to be happening over the music. Nowhere is this truer than on the nine-minute long ‘Vigilante’, an almost entirely unchanging bed of quiet, dark, pulsing synth. Sure, it’s suspenseful, but why? Who is the vigilante in question? Is Super Mario about chase down a fugitive with an Uzi? I don’t know. I haven’t played the game.

But there are some truly interesting moments here too, and those are, almost unequivocally, the tracks where Reitzell’s not being so on-the-nose and making you think: 'oh, this is the exhilarating one where I’d be caught in a team deathmatch firefight,' or 'ah, this is purposeful one where I’d need to get to the Pay’n’Spray ASAP to avoid the Feds.' Among these, I found a particular soft spot for the more ambient side of Reitzell’s music. The achingly short ‘Elevated Trains’ makes for a brief, beautiful moment of respite amongst all the spasmodic, digital percussion, and closer ‘Escape from Chicago’ (spoiler alert?) matches Eno synths with fluid strings and velvety electric guitar to devastating effect.

This music isn’t bad by anybody’s metric. It’s just quite clearly functional music – it is music that servers a purpose, and that purpose is not to be your ‘summer jam’, nor is to be enjoyed with a fine glass of single malt while you adjust your monocle. It’s a soundtrack, and it feels like as much. Which makes it a bit of an odd thing to listen to for its own sake. But does it make me want to go out and buy the game? Absolutely.