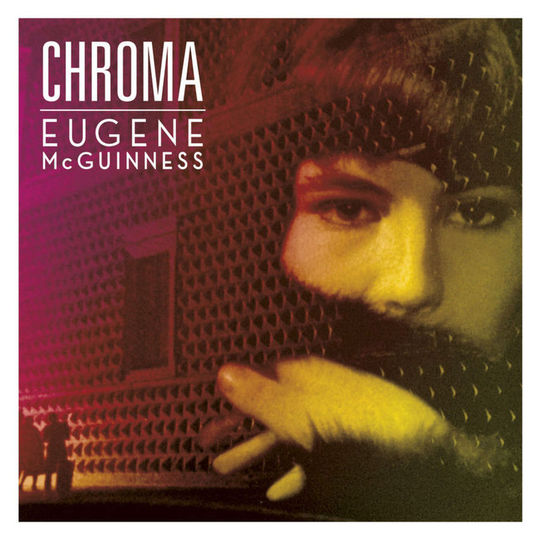 There’s a boyishness to Eugene McGuinness that is part of his charm. Even on his fourth solo full length, Chroma, there is an endearing youthfulness in his lyrics and delivery, whether he’s quoting movies or singing about a one night stand.

With less of the high production gloss than 2012’s The Invitation to the Voyage, Chroma has has a different kind of density and more of an indie vibe. As a result, the whole album is much more understated, never going for high impact vocals and burying guitar solos in the mix. McGuinness's voice sometimes seems mashed together in overdubs rather than allowed to stand alone. He's become a stronger singer as his career has progressed, and this tactic also smooths out any traces of the warbles and breaks that surfaced on his earlier works. It’s more consistent, but without those quirks it takes a little longer for songs to grab you.

This lack of immediacy makes Chroma an album for established fans, or for anyone with the patience to go in knowing repeat listens are required. The subtlety of keyboards seeping through different tracks, the spacey indistinctness of album closer 'Fairlight', and the way 'Amazing Grace' and 'Heart of Chrome' almost sound like continuations of one another, thus walling off the album, is difficult to appreciate after only one listen.

These production choices revolve around the fact that McGuinness is very much a songwriter first and foremost, leaving his personality to come through and adapt with each song. This sometimes means affecting a cockiness, as on 'I Drink Your Milkshake', which imparts the same humor as the weirdly funny (or at least quotable) scene of There Will Be Blood it references. It means allowing some reserved sentimentality on the grudgingly gentle 'All in All', which is destined to end up on many mix tapes made for friends that are really more than just friends. And really, what makes a person charming -- songwriter or not -- is that adaptability to a situation. It’s the sort of malleability we lose as age hardens us or we simply get stuck in our ways. But Eugene McGuinness hasn’t lost it yet.