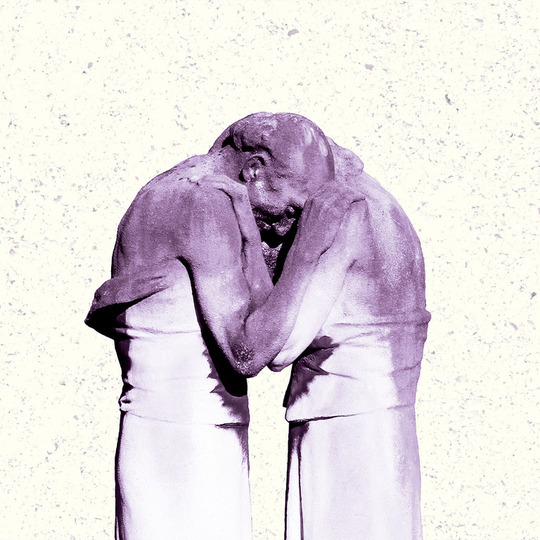 Ever since The Antlers released third album Hospice, back in 2009, they have been destined to become part of indie royalty, making a transition similar to that experienced by the likes of The National and Bon Iver in recent years. Both Hospice, and its 2011 follow-up Burst Apart, were genuinely heartbreaking records, to the extent that their emotional power remains as potent years later as on first listen. Familiars, then, carries an expectation of pathos as well as of quality songwriting from frontman Pete Silberman and co.

Familiars, then, is unsurprisingly, immensely moving. Allowing this album to become your whole world for its hour-odd running time won’t reduce you to a quivering wreck as the band’s previous two records did, but it will lead you to ask so many questions of yourself that you’ll be feeling emotionally worn out by the time it draws to a close. There’s just something about Silberman’s plaintive tones that sets him apart from other vocalists dealing in similar topics. Perhaps it’s simply the fact that, upon his regular launches into falsetto, his voice almost disappears, as if cracking under the strain of the feelings being expressed. His vocals sound slightly steadier throughout most of Familiars, but the almost detached air of his delivery on a song like ‘Director’ - the line “I’m a director, watching you rehearse” borders on creepy - or ‘Parade’ is only less melodramatic, not less affecting. Silberman’s voice cuts straight to the heart, and it’s the best thing about this record.

Unfortunately, this fact is indicative of why Familiars isn’t as successful as its predecessors. Whilst Silberman’s words and delivery has always been at the heart of everything The Antlers do, it would be inaccurate to proclaim either factor the sole reason behind their brilliance to date. Burst Apart - and its follow-up EP Undersea for that matter - both illustrated above all else the consistent inventiveness of the band’s arrangements. Whether it was the driving riff of ‘Parentheses’, the trip hop vibe of ‘No Windows’ or the sparse minimalist maximalism of ‘Putting the Dog to Sleep’, Burst Apart demonstrated that the music was just as important to The Antlers as the haunting subject matter.

But Familiars lacks any real musical inventiveness. ‘Palace’ opens the record in the fashion it means to go on. There’s gentle piano, plenty of atmospheric synths, the occasional bit of sombre guitar and horns everywhere. In fact, the horn parts are the most memorable feature of the album’s instrumental side by some distance, lending a distinctive texture to the vast majority of Familiars. But therein lies the problem. Horns make a nice addition to this kind of music - as The National have proved so emphatically in recent years - but when used in such a repetitive way across tracks, as The Antlers have used them here, they become rather grating.

In fact, the extremely subtle (which for many will probably read as ‘rather plodding’) musical template that The Antlers have adopted here only avoids grating as a whole by the end of the record because the songs get stronger as the album goes on.‘Parade’, ‘Surrender’ and ‘Refuge’ are three of the best songs the band have ever delivered. It’s just a shame that they come at the end of an album which, partly because of a lack of significant musical variation and partly because of consistently long tracks (none are under five minutes), makes for a rather wearying listen.

There’s a moment in ‘Surrender’ when Silberman sings “And while all that noise competes for our attention, we’ll meet on a quiet field in our own dimension”. I’ve no doubt that’s exactly what The Antlers had in mind with Familiars. It’s definitely a record made entirely on their own terms, and it definitely plays out in its own peaceful little backwater. Unfortunately that backwater is located down many windy roads, in a far away region, on a dismally wet day, and I’m not entirely sure I can claim the journey to be worthwhile for listeners who aren’t already fully invested in The Antlers as a band.