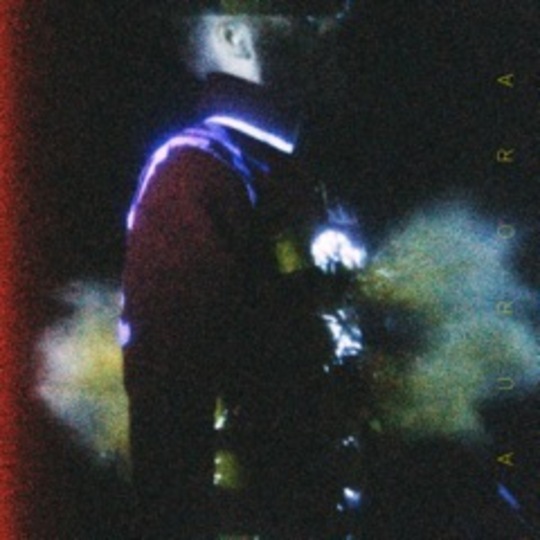 Ben Frost, an Iceland-dwelling Australian, was recently asked to talk about his favourite sport, basketball, and specifically the American professional league, the NBA. Quizzed about his favourite player, he opted for Blake Griffin, a 6ft10 powerhouse renowned for his extraordinary athleticism and savage, crushing slam dunks. It’s telling that Frost selected Griffin: the kind of clinical, controlled, yet simultaneously explosive violence that characterises his playing style is omnipresent in Frost’s music. Yet more telling is how on his latest record, A U R O R A, Frost has ditched much of the subtlety and minimalism that echoed within his previous work and birthed a surging, hard charging, straight to the rim, go-hard-in-the-paint beast of an album.

By the Throat (2009) was one of the masterpieces of the past decade: a record that sent shivers down spines, set hairs on end and quickened heart-rates like few others. Its mastery was in the deployment of minimal resources for maximal gains: the economy of sound used by Frost lent the record a nightmarish tension and almost comic isolation, howling wolves over creeping sub-bass; a claustrophobic step-by-step recreation of a hospital ventilator. Five years after its release it still stands almost entirely alone, incomparable and unparalleled, a rare feat indeed.

In opting to follow the cagey By the Throat with the pummelling A U R O R A, there’s perhaps an element of recognition that the formula of that 2009 record couldn’t be bettered, that lightning can’t be bottled, at least not more than once. And after that slight disappointment experienced by all avid listeners that comes with a significant change of tone; if not of style, it’s easy to see the two records as near companion pieces. If By the Throat is a menacing threat of violence, A U R O R A is the cathartic eruption.

What immediately separates this record is the emphasis on percussion: since his droning debut on room40 with Steel Wound, Frost had treated anything that needed to be hit as an afterthought, letting his near-beatless textures do the heavy lifting. Here, with the recruitment of Greg Fox (ex-Liturgy, now Guardian Alien) and the titanic Thor Harris (Swans) to assist longtime live collaborator Shahzad Ismaily in fleshing out his compositions, Frost puts percussion at the forefront from the very start. 'Flex' is Frost limbering up, joints cracking and spine clicking as heavy washes build to an impossible, unsustainable crescendo, before a breathless pause ahead of 'Nolan' bursting into life. Said track is a full percussive assault, Harris’ trademark chimes ringing and echoing around Frost’s towering orchestral flourishes, while Fox and Ismaily add a little blunt force trauma to the mix.

Equipped with such artillery, Frost seems ever more determined to blast the sense out of the listener, as even the one-and-a-half minute long 'Diphenyl Oxalate' features its own luminous and searing crescendo. By the Throat never allowed the listener to be entirely sure when the hit was going to land; on A U R O R A we know when and where the punches are coming, and instead are dared to resist the onslaught itself. 'Secant' is perhaps the record’s darkest moment, and the one which comes closest to capturing the sheer menace of By the Throat or the taut high wire of Theory of Machines, puts precision tooled industrial drum blasts next to chiming bells and a flashing swirl of tormented feedback. It also features the record’s only noticeable use of piano, but instead of the haunting structures Frost previously made use of, here it sounds like he’s pushing the instrument down a flight of stairs. There’s a welcome dread lurking in the space between the minimal patterns, before Frost unleashes a spiralling synth line and accompanying supernova sized crescendo that shatters the darkness into millions of glittering pieces of light.

This newfound brightness characterises much of A U R O R A. Where previous compositions felt somewhat, uh, frosty and chilling, the electronics here feel lighter, more airy, if still possessed of that same icy, crystalline touch. In particular this gives the whole record a tremendous feeling of scale, the gargantuan echo of the production casting earlier, more minimalist and claustrophobic excursions into sharp relief. Both 'Secant' and of course 'Venter' - which has already been covered at great length and with great hype elsewhere - are exercises in delay and release, where a initial darkness is blown wide open by a cascading, euphoric crescendo. Couple this luminosity with Frost’s rededication to the quiet-quiet-extremely-quiet-then-earsplitting Mogwai school of dynamics (he tweeted his admiration for the Glaswegians' 'Christmas Steps' during the album’s final mastering sessions) with his three master percussionists and the end result is a record availing itself of the musical equivalent of economies of scale.

But to divert to the personal somewhat, such moments, whilst grandiose and eardrum searing, are not the record’s most interesting moments, even if they are clearly its defining ones. Lost in the crescendo arms race is the album’s final couplet, which find Frost looking further afield than before. There is definitely something of the acid drenched fields of the home counties in the Nineties about much of A U R O R A, perhaps stemming from its cathedral-like sense of space. Whilst it’s impossible to say whether this is entirely deliberate or unconscious, the album’s finale points to something almost dance floor orientated in its genome. 'Sola Fide' might lurch and shudder like a ripped up By the Throat session, but underneath its squalling appearance lurks a simmering roller of a bass-line, hinting at the kind of chaos that’s being conjured up by Untold of late, amongst others.

'A Single Point of Blinding Light' is at once more obvious and more difficult: it’s a thundering, runaway juggernaut of a track, hard edged glow in the dark synth flashes over thunderously chaotic percussion. At its highpoint it sounds like the end of music: every sound possible compressed and played back at once, simultaneously completely out of control yet meticulously arranged. Fittingly, it’s this final track, and not the pyrotechnics of 'Venter' or 'Nolan', which sounds most savage: it’s the untamed, unleashed and explosive finale, as Frost unleashes every musical sinew and leaves the speakers quivering.