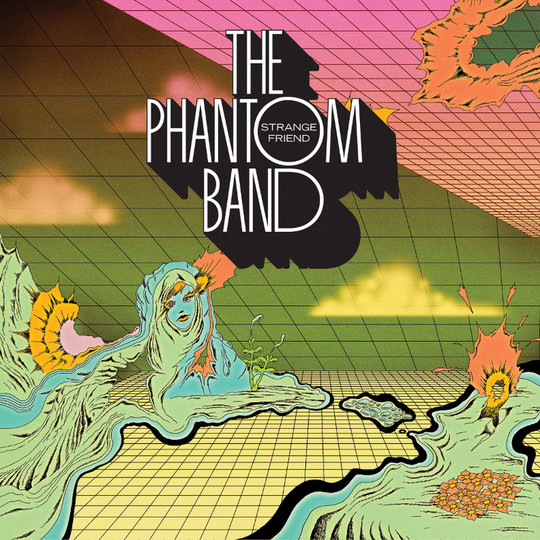 There’s no scientific basis behind this claim, but it’s safe to say that 99 per cent of bands that are described as some strange hybrid of genres will be terrible. To add to this, it’s also true that the more genres are thrown into the mix, the more unlistenable the results will become. Describe your band as some kind of folk-psych-power-prog-rock monster and you’re setting yourself up for a fall.

But there’s an exception to any rule, and in this case it's The Phantom Band, who with tongue firmly in cheek describe their music as ‘proto-robofolk’. Six Scottish musicians who each seem to bring something distinct to the table, the band stirred up some intense excitement with their debut Checkmate Savage in 2009, mainly thanks to their ability to spin so many plates at once – driving rhythms, unusual shifts in direction, thick accents spinning enigmatic, poetic lyrics, and infectious, unashamedly anthemic chorus.

Its 2010 follow-up, The Wants was decent without really driving the point home, and since then… nothing else. There’s been plenty of activity from The Phantom Band’s six members, most notably the Rick Redbeard No Selfish Heart album that showcased their singer’s folk background beautifully, but not a peep from the mothership. Perhaps The Phantoms had gone the same way as their spiritual great-uncles The Beta Band, collapsing as they try to pull in so many directions at the same time?

Thankfully, that’s not the case, as Strange Friend proves within 40 seconds as ‘The Wind That Cries the World’ strides into view. Building over a prod of vintage keyboards and Rick Anthony’s Aberdeenshire burr, we’re suddenly dropped into a rousing wordless chorus before a motorik rhythm picks us up again and shifts everything up a gear. Across its full four-and-a-half minutes, the track manages to span the whole of the folk-psych-power-prog-rock spectrum, making the idea of throwing this many genres into the pot seem like not only a very good idea indeed, but one that everyone should try.

The following ‘Clapshot’ might initially seem more direct, getting right to the point with a woozily-captivating chorus that pans across the speakers, but introduces a more introspective angle half way through. That’s soon thrown out of the window in favour of something more frantic though, more vintage keys driving everything to a climax. By the time that’s done and the anthemic ‘Doom Patrol’ muscles into the action, strapping more driving drums to some properly heavy guitars, it’s all you can do to catch your breath and wonder if, were the band to stride onto a stage and play those three tracks in that order and then switch on the house lights, would anyone have much of an argument? It’s one of the finest, most confident opening trios to a record in a long time.

While the rest of the album doesn’t quite have the same forceful impact, it definitely delivers in other areas. ‘Atacama’ comes from the same place as that Rick Redbeard LP, but with a little more colour and shading around the edges, while ‘No Shoes Blues’ is a reminder that The Phantom Band can do the softer, shimmering, reflective stuff as well, the brass section that rises to join the refrain as the track heads for the hills being a truly spine-tingling moment.

To stop this simply becoming a run-through of the album’s nine tracks alongside some babbling about how good each of them are, it’d be easier to simply say that the rest of Strange Friend keeps up the good work. It’s a record without a weak link, that doesn’t outstay its welcome, and excites you about the possibility of seeing it all played live. It’s also confirmation that The Phantom Band can continue to bring their disparate styles together to create something really exciting. At heart they’re a rock band who bring other distinct styles into the mix rather than anything truly groundbreaking or genre-melting, but when it’s done with such skill, such confidence and precision, it really doesn’t matter how it’s labeled.