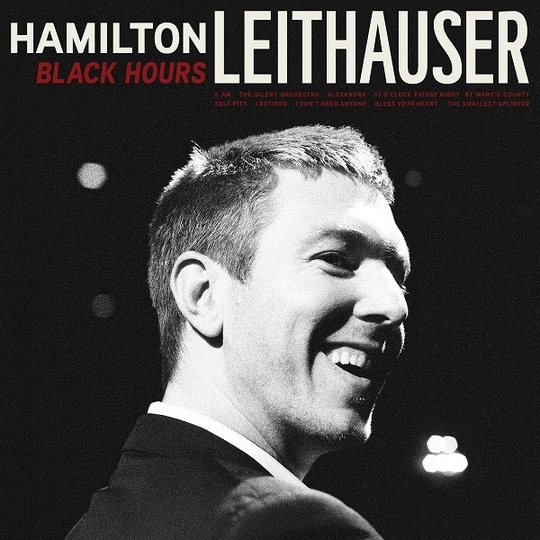 '5am', the searching, near-mournful beginning to Black Hours may not have been commissioned by those who hold the keys to the 007 estate, but it's a note-perfect fit for those iconic opening titles. Few wield melancholy and cynicism as well as Leithauser. Fewer still seduce with such states of mind. As frontman for The Walkmen (gone, for now), he often peppered his words with barbs, confident in their delivery and surroundings. Smoke was currency for the towering New York native. Unsurprisingly, the first few minutes of his solo debut form a cloud of portent.

"Do you wonder why I sing these love songs when I have no love at all?", he practically sneers against a naked piano that eventually segues into an arresting string section and careful percussive march. On top of it all, Leithauser looks down, brooding, questioning our ability to dream and find solace. "They'll thank me in the end", he promises. '5am' ultimately foregoes the kind of kiss kiss, bang bang crescendo that usually propels the sharp-suited dealer of death and one-liners into the next reel, instead sticking the landing with poignant restraint.

The stage is set for a black hour (or, rather, 40-odd minutes) but Leithauser immediately switches tone, ushering in a carefree number that further establishes a cinematic feel - let it be noted that current shows where he's set to perform twice in one evening are billed as a 'double feature'. 'The Silent Orchestra' is dressed up in plink-plonk rhythms and jazzy drums that conjure up the work of Saul Bass. Though much of Black Hours feels steeped in classic celluloid, its director has spoken of wanting to emulate Sinatra. In that respect, the shift inside the opening handful of minutes makes perfect sense. 'The Silent Orchestra' is a busy little dance, one that Leithauser runs circles around without breaking a sweat. There's a quiet joy in his pitch, most notable when things drop out for a moment, the weight carried by a voice that continues to captivate.

'Alexandra' is less concerned with subtlety. In truth, it's not a million miles away from the sort of up-tempo jives that Paolo Nutini thinks he specialises in. A party from the opening clap-a-long, it swings along with verve. It is here that the influence of the album's co-writer and producer, Vampire Weekend's Rostam Batmanglij, becomes apparent. Leithauser may never release a more straightforward song, but damned if it isn't a good time. As summer stars descend, he moves into slightly more wistful territory, still keeping proceedings light from a musical point of view. Too light, perhaps. The snake-like guitar line that feeds into the main vocal refrain of '11 O'Clock Friday Night' may prove the very definition of 'your mileage may vary', while there's certainly an argument to be made for trimming.

While Black Hours never quite slides into Hamilton Leithauser's World Music Extravaganza!, several arrangements flirt with the exotic. It's a cool choice and the experimentation is well-handled. However, for all the album's flights of fancy, it is not without its more familiar, straightforward moments, most notably 'Self Pity' and 'I Don't Need Anyone', both of which feel more like Walkmen-by-numbers than significant solo statements. While Batmanglij's presence brings the same playful intelligence that he applies to his day job, it could be argued that he helped derail a potentially more adventurous narrative. Leithauser has admitted that Batmanglij pushed him in a more rock'n'roll direction, something he 'didn't know' if he wished to pursue but nonetheless did, 'so the record is half and half'. While the inclusion of guests such as Batmanglij and Dirty Projectors' Amber Coffman adds flavour, it's a little concerning that Leithauser essentially allowed another individual, no matter how talented, to shape so much of his maiden voyage.

Black Hours might be a tad scattershot, but it's held together with real spirit. It constantly moves, even during slower embraces such as the spotlight-bathed 'St. Mary's County'. There are pleasing twists, too. 'I Retired' veers from country twang to finger-snapping Doo-wop (complete with backing vocals and a cute tip of the hat to Elvis) with silver-tongued grace. 'The Smallest Splinter' provides end credits both organic and earned. It's an anthem in the vein of its creator; relaxed, assured, steady, forthright and vaguely mysterious.

Hamilton Leithauser will return. The sequel will be welcome.