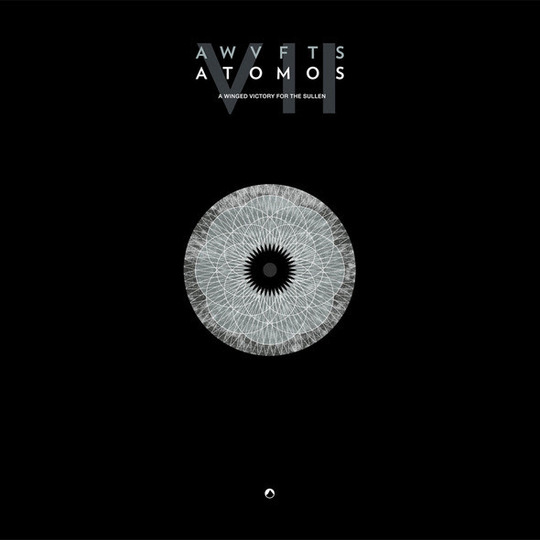 To make an ambient record - well, to make any record - relying primarily on classical orchestration requires a fair bit of bravery, especially when, like A Winged Victory for the Sullen’s Adam Wiltzie your musical background revolves around far more straightforward indie rock bands. Wiltzie has worked as a sound engineer for the likes of The Flaming Lips, Iron & Wine, Sparklehorse and Mercury Rev. But his own recording history - primarily revolving around Austin drone outfit Stars of the Lid - is steeped in an appreciation of the manner in which an incredibly straight-laced instrumental palette - piano and strings, mainly - can be made to sound thrillingly modern.

When you think about the real ambient trendsetters of the past few years, it’s images of MacBooks and delay pedals that spring to mind; Tim Hecker, for instance, might base much of his work around the piano, but it’s ultimately the way in which he manipulates the standard sound of the instrument that forms the core of what he does. On Atomos VII, though, Wiltzie and his Winged Victory collaborator, Dustin O’Halloran, display little interest in presenting their classical template in any other manner than naturally. On opener 'Atomos VII', the strings sound precisely as they would on Radio 3; they’re rich, clean and, most importantly, practically untouched by outside interference.

What you don’t tend to hear much of on Radio 3, though, is drone, and that’s the other key component of the Winged Victory sound; 'Atomos VII' is underscored, for the most part, by a simmering hum that hints at atmosphere beyond what a four-piece string section is capable of creating alone. For the first few minutes, the classical composition is steady and repetitive, but when the track’s whirring background noise becomes a little more complex, a little more pronounced, the strings suddenly match it; the lines begin to overlap and the piece threatens to approach crescendo, before it suddenly falls away to reveal plodding electronic bass.

That’s what separates Winged Victory from their contemporaries; here, the orchestration forms the crux of the composition, and anything more modern is there mainly for colour and punctuation. 'Minuet for a Cheap Piano Number One' keeps the titular instrument front and centre, with the constant rumble of quiet white noise fluctuating in prominence throughout. It is tempting, on the one hand, to label this record as straightforward classical contemporary - it’s so sparing with anything, instrumentally, that falls outside of that tag that you feel like you could get away with it - but the drone aspect, understated as it might be, pretty much dictates the mood of the piece; on 'Minuet', it takes what should be a fairly simple, melancholy piano line and turns it into something much more unsettling.

On 'Atomos VII (Greenhouse Re-Interpretation)' there’s plenty of evidence to suggest that O’Halloran and Wiltzie are by no means afraid to play around with their basic set-up; there's the breathing sounds - which seem disconcertingly mechanical - that bookend the track, or the way in which the ambient noise really fizzes early on. Irrespective of how they’ve done it, though, or how important their instrumental methodology is (I’d suggest very), the real triumph on Atomos VII is that it is a superficially beautiful mood piece, with a creeping sense of disquiet that very slowly becomes more obvious with each listen. It feels like a much more nuanced approach to atmospherics than, say, the often-overpowering cacophony of Hecker’s Virgins, or the sometimes jarring appetite for adventurousness that characterises much of Oneohtrix Point Never’s work. This is only the first installment of what will eventually become a full-length record, Atomos; such is the depth of this EP, though, that repeat plays will surely continue to reveal new subtleties for a long time to come yet.