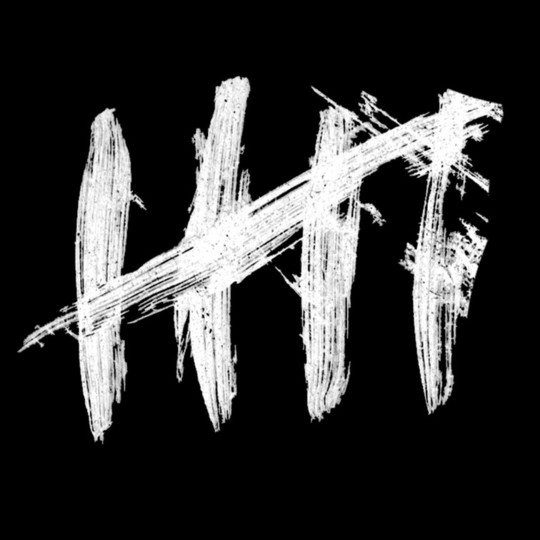 Amidst this month’s never-ending Britpop anniversary coverage let’s not overlook one thing: at the end, Britpop got really shit. The post-Gallagher, Noel-Rock, introverted, maudlin fag-end of the Nineties was dismal, and Embrace were right at the forefront of it it. ‘All You Good, Good People?’ ‘Your Weakness Is None Of My Business?’ ‘Come Back To What You Know?’ Genuinely awful. Danny McNamara sang like a deflated, witless Morrissey, while his band were so simperingly wet they made Ocean Colour Scene sound like the Prodigy. Then they went away for a few years, came back with a song Chris Martin had written for them which was, if anything, even wetter and enjoyed another inexplicable bask in the sun of beigewave success before vanishing again, the hope was that this time they’d stay in the no-space. It wasn’t to be though - they’re back with album number six, the imaginatively titled Embrace. Fasten your seat belts, boys and girls, let’s press play and let the boring begin.

So you sit back, there’s a swirling of sinister synth chords, some scrapey, atmospheric guitars, the urgent drum machine from ‘Blue Monday’ comes in and... hang on... what? Stop the song. Back to the beginning. What the hell is this? This is... good? It’s got feeling. It’s sinister. McNamara’s voice is as dispassionate as ever, but now it makes sense. There’s one of those big Embrace-choruses, but it’s controlled, played down. This is... great? How has this happened? Track two, ‘In The End’, opens with early U2 guitars and a top-of-the-neck bassline nicked off Peter Hook, before a chorus kicks in like the world's saddest disco. You nod. This is good. Two for two. Surely not? Can they possibly keep this up? Track three, ‘Refugees’, piano chords over drum machine, falsetto, a bit Coldplay but, ya know, the Eno version. Hmmm. Ball dropped? But then it widens out, more melodic bass, more minor key disco. It DROPS. Okay, this one is heading into Unforgettable Fire-era U2 territory but it works. What has happened here? Somewhere in the last few years the Yorkshire five piece have reinvented themselves, they’ve been listening to Depeche Mode, the best bits of U2 and a shit-load of New Order and Joy Division, and yes they’re pretty much ripping those sounds off, but ya know what? It really, really works.

Embrace is at its best when it ignores the band's ploddy past and sticks to its new electronic identity. ‘Quarters’ flirts with a kind of deconstructed dubstep, with synth sounds Katy B probably wouldn’t kick out of bed, and grows to a percussive, gloomy pop stormer. If, say, The Wanted put it out they’d be hailed as geniuses. ‘Self Attack Mechanism’ is all Depeche Mode beats and machine-gun rhymes, like a sort of Radio 2 Nine Inch Nails, and the closing ‘A Thief On My Island’ is a deconstructed, downbeat wig-out, all chilly synths and compressed drums: it must have been a blast to make. Even at its worst the album is derivative rather than boring, ‘Follow You Home’ is U2 by numbers, down to the chord sequence nicked from ‘With Or Without You’ and the “Uh-Oh, Uh-Oh, Uh-Oh” refrain over a four-to-the-floor beat that Bono and co can summon in their sleep. It’s not a bad blueprint to borrow though- why not? Everyone else uses it. There are occasional lapses (‘I Run’ is textbook Embrace, and thus completely forgettable), and probably too few ideas to really sustain a record, plus of course Editors have made pretty much this exact album at least twice in the last ten years, but still - it’s a hell of a rug-pull from a band long written-off, and a reminder to some of us that everything should be approached with an open mind.