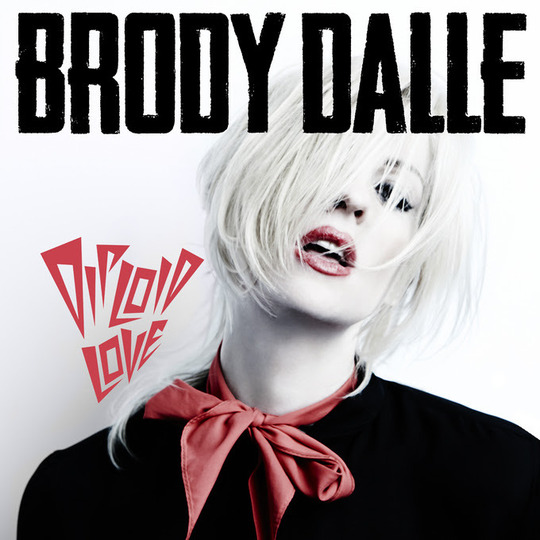 You could argue that Diploid Love isn’t the first solo Brody Dalle album at all. She’s sort of been making them her whole career. Back when she was with the Distillers, Dalle was the only member to actually appear on all three of their LPs, while follow up outfit Spinnerette felt like solo material in everything but name.

In which case, we’re led to ask: why has Dalle – five years since her last new music – reintroduced herself under her own name? Listening to Diploid Love, it’s tempting to think that she’s inviting a critical re-evaluation of her work. After all, it’s been 15 years since she founded the Distillers, and that time has put distance between piss and vinegar hardcore punk and where she’s ended up.

It’s a less frenzied Brody Dalle than the spiky jet haired, paint stripping screamer of the late nineties. These songs are slower, more mature in outlook, and at times a little staid. For every moment which explodes with the spunk and zip of her earlier work, there are at least three like the driving-through-treacle opener ‘Rat Race’, with soaring vocals nudging at the edges of slightly shapeless melodies.

After shaking off narrow-minded punks with Spinnerette, none of Dalle’s remaining fans would begrudge her the right to broaden horizons. It’s great – in theory – to hear ‘The Underworld’ shift gears into something as genuinely unexpected as mariachi, all raspy horns and jangling upstrokes. The idea of a band like Beirut being a touchstone on a new Dalle album would have been unthinkable before we’d actually heard it, and for these elements of surprise we have to applaud her.

But this isn’t the first time she’s overhauled her sound and confounded expectations, and she’s done it better in the past. When she signed to a major for Coral Fang and sanded off the sharpest edges of the band’s sound, it forced Dalle to prove that she could actually carry a tune. The difference today is that Dalle is proving that she can do things, without actually doing anything with them. That mariachi section comes out of nowhere, and then fades into nothing. It’s easy to wonder why it’s there.

There’s little getting away from the fact that the best moments are those which most readily evoke her earlier work: the oasis of power which rides out ‘Meet the Foetus/Oh the Joy’ being the clearest example. Kicking up two gears, the song rushes towards the finish line on the sort of anthemic sing along the Distillers’ best codas were built on, bringing the best out of her unmistakable voice. But it’s a rare example of Dalle indulging in proven strengths.

If you compare most of this album to current acts spoken about in similar terms to Dalle when she first arrived on the scene (Perfect Pussy leap to mind for a start) then lyrical clichés like “I’m gonna burn this city down” and “don’t mess with me” sound especially try-hard.

It’s an admirable attempt at maturity, but Diploid Love drains the energy from Dalle's music, along with its heart. Looking back from ten years later, when she sang “we are kids, we play punk rock and roll, if we didn’t we got no soul” it seems that Dalle may have been more prophetic than she intended.