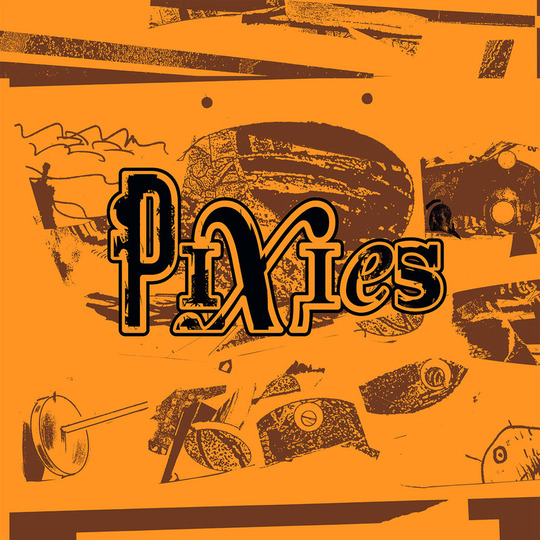 There's an old saying which states you should never look back. However, where Pixies are concerned, it's nigh on impossible to talk about them without referring to their legacy. Quite simply, they were responsible for unleashing not one, but two of the Eighties' most definitive albums. If the Steve Albini produced debut Surfer Rosa set the ground rules in the spring of 1988, then its successor Doolittle, released just a year later, heralded them as one of the most important acts of their generation. Cited by almost every guitar-toting band as an influence ever since, their legendary status all but cemented. Which kind of makes Indie Cindy, their fifth long player and first since 1991's Trompe Le Monde something of a quandary.

Having initially reformed in 2004 after an 11-year hiatus, at first the band seems to have little desire to record new material bar the odd song here and there. And of those that did materialise, while welcome additions to the band's canon of nostalgia, 2004's 'Bam Thwok' and last year's 'Bagboy' paled insignificantly when placed alongside some of Pixies best b-sides such as 'Into The White', let alone those aforementioned career pinnacles.

Nevertheless, the departure of Kim Deal - always the most reluctant to record new material after the reunion - proved to be the catalyst here. Having spent two years touring Doolittle, mainly in commemorating its twentieth anniversary, the departure of Deal was met with the further announcement the remaining three members had hooked up with Doolittle producer Gil Norton and a new long player was on the cards. The search for Deal's replacement has been well-documented. The dismissal of Kim Shattuck before Christmas and subsequent addition of Paz Lenchantin is already common knowledge; that one-time Fall member and PJ Harvey collaborator Simon Archer played all the bass parts on Indie Cindy maybe not so. While he does a sterling job (as does esteemed producer Norton), the dynamic Deal's presence brought to the band throughout their halcyon years is clearly missing here.

But Indie Cindy isn't a bad record. Far from it in fact. But as with many other bands who've tried to turn back the clock to better days recently, it also begs the question why would anyone choose to listen to this rather than any of its predecessors? Fair dos, there are some moments of excellence here. Raucous opener 'What Goes Boom' serves as a reminder why Frank Black and co. are regarded as heavyweight champions of gargantuan rock. 'Greens And Blues' mixes intricate surf guitar with a distinctly slacker lyrical theme ("I'm wasting your time") that screams old school Pixies at their best. 'Magdalena 318' and 'Silver Snail' also take distinguished sojourns down memory lane while livewire powerhouse 'Snakes' and introspective soul searcher 'Jaime Bravo' bring up Indie Cindy's rear impeccably.

By the same token, Indie Cindy has a tendency to slip into cruise control all too often. The title track proves as uninspiring as its moniker, while Black's vocal on standard rocker 'Blue Eyed Hexe' actually sounds like Liam Gallagher. 'Ring The Bell' and 'Another Toe in the Ocean' also seem more by-numbers than attempts to rekindle former glories while 'Andro Queen' also tails off forgettably before its three-and-a-half minutes are up.

Of course some will suggest any criticism of Indie Cindy is bound to be harsh. After all, when your band has crafted some of the greatest alternative rock anthems of all time most things would seem like major disappointments thereon after. However, when all's said and done, there are worse things in life than being the fifth-best Pixies album. So I guess we'll just leave it that and say no more.