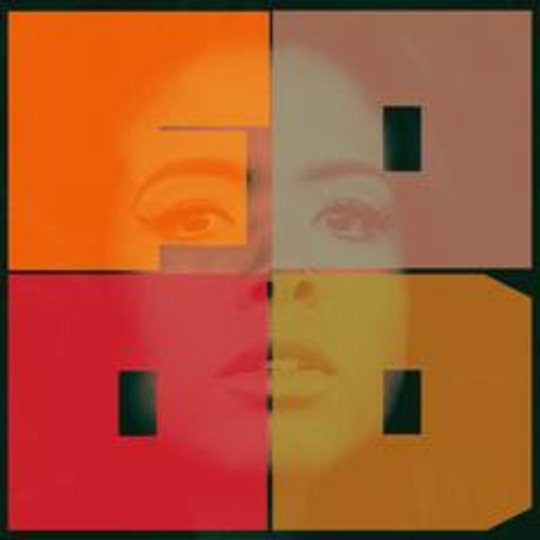 Effortlessly cooler than Beyoncé, amiably warmer than Gaga, and infinitely more versatile than Madonna herself, Kelis is the crème de la crème of pop stars. Fluently gliding through angry ball-breaking rhythm‘n’bruise, saucy milkshakin’ glitch-pop, to big-beat Euro house, Kelis acts like an upmarket butcher who moonlights as a pâtissier and does a bit of viniculture on the side.

Food is Kelis’ tribute to, well, food. Another unexpected swerve in direction, a nosh-based concept album is something you might expect of Ween or They Might Be Giants or the prestigious Fast Food Rockers. Should we take Kelis’ love of grub with a pinch of salt? For someone who professes to cherish food so much, she hardly resembles Rosemary Shrager, Tom Kerridge or Mr. Wimpy. Perhaps she also loves exercise, moderate portions and self-restraint. Mind you, the Michelin-starred silver fox sexpot Michel Roux Jr certainly loves his food, and he’s as fat as celery. 'Never trust a fat chef,' as the Daily Telegraph warned us in 2005. “I know that I don’t look it, but I can cook,” Kelis sings on her new track ‘Floyd’, which is named, we can only hope, after the late, great Keith. Who would’ve thought that wine-guzzling gastronome would inspire such a seductive, heavenly neo-ballad?

For her latest flavour transformation, Kelis has hired TV On The Radio’s sous-chef Dave Sitek to handle the oven knobs in her audio kitchen. Blessed with a similarly versatile palette as Kelis, Sitek is a man who knows his onions. In the past he’s helped simmer Liars’ cauldron-brewed noise soup They Were Wrong So We Drowned, baked Yeah Yeah Yeah’s It’s Blitz! lemon sponge and even marinated last year’s BE by Beady Eye, a plat du jour so incomprehensibly ahead of its time that it made Heston Blumenthal look like Aunt Bessie and turned DiS’ own Dan Lucas into a raving fruitcake.

The bright and bubbly zabaglione alternative to the dark, bitter gateaux of Ghostface Killah’s Twelve Reasons To Die, Food similarly loses the sample-heavy DJ-generated backing tracks in favour of funky live instrumentation, and of course Kelis can master her new menu as easy as apple pie. The singles ‘Jerk Ribs’ and ‘Rumble’ are the hors d'oeuvres that will have already given you a taste of what to expect from the main banquet. With no artificial colours or preservatives, Food’s list of ingredients includes funk, soul, gospel, afrobeat, and many other herbs and seasonings. The outcome is both comfortingly retro and exhilaratingly fresh, a modern twist on a classic dish, the aural equivalent of Natalie Coleman’s 'pimped' roast pork belly and quail scotch egg that triumphed in the 2013 Masterchef final. With its big, bold, summery horns, playful rhythms and organic guitars, this Food is sweet, spicy and slightly nutty. It would make the perfect soundtrack to one of those uninhibited sexy swimwear barbeques that we attend all summer long here in the UK.

Peppered among all the upbeat funk/soul numbers are the beautifully love-stricken acoustic morsel ‘Bless the Telephone’, the saucy heavy-breathing Grace Jones-isms of ‘Hooch’, the full-of-beans percussion-centric ‘Cobbler’ and one track that conjures up Isaac Hayes sharing cocktails with Ennio Morricone in Quentin Tarantino’s beach house.

Of course, Kelis’ voice is still top banana, going from strength to strength, the depth of its scrumptious yearning huskiness grows richer with time, like a deep and smoky jus.

As the foulmouthed kitchen fascist Gordon Ramsay might have put it, Kelis’ Food is 'completely fucking delicious'.