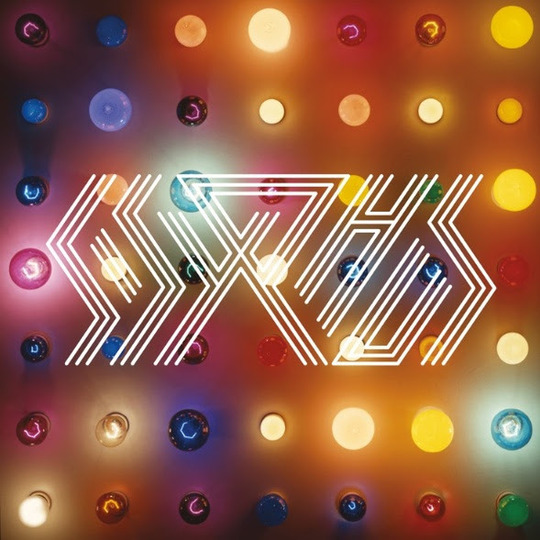 In Greek mythology, Sisyphus was the king of Ephyra who was punished for chronic deceitfulness by being compelled to roll an immense boulder up a hill, only to watch it roll back down, repeating this action forever. Naming your group after such a guy is going to lead to an array of raised eyebrows, scratched chins and analogies. Made up of Anticon rapper Serengeti, producer Son Lux and whispering wordsmith Sufjan Stevens, this indie supergroup have created an album of deadpan narration and satirical outputs that, when teamed with their inspiration, New York installation artist Jim Hodges, puts it firmly into the forefront of modern day reflection.

Watching some of Hodges' work, such as the harrowing 'Untitled', the logic of the group's name - beyond the three occurrences of the letter 's' - starts to become clear. These guys are producing an audio artwork that aims to represent the struggle of the 'everyday man'; of a corrupt war-torn world in which global warming still hasn't been recognised as an epidemic. Yet, they juxtapose this with deadpan and often hilarious lyrical content to showcase the naivety of those around us. Then again, they could have just liked the sound of the name, so best to keep to the music.

The album is a record that smooshes so many genres together, you may as well call it something like 'hip-hop folk-tinged electronica with a deep techno pop groove' but let's not go down that route. Opener 'Calm it Down' strips hip-hop down to its bare bones, as Serengeti offers up a modest, monotone verse that despite its simplicity, will capture your ears within a few seconds.

Sufjan Stevens on hand with his owmn dream-like vocals, echoing "I'm on my own two feet / But I'm not standing upright / Mine is the pressure / Mine is the pain / Was it the drugs I take? / Mine is the fury / Mine is the gain / Shall I account for peace?" - it not only showcases his worth as one of the best song writers of recent decades but also his knack for cutting between a number of genres. These gorgeous words are given their own stage, as the track finishes with only a few piano chords as accompaniment. I have a lot of love for Mr. Stevens and this was an album I approached with caution, yet his vocal warmth has never sounded so welcome.

Sufjan continues to take the lead, as he starts 'Take Me'. Son Lux provides some of the lushest, deepened electronic beats that effortlessly match the tone of Sufjan's outputs - it could have been a contender for The Age of Adz. Elsewhere, much could fit in with Son Lux's Lanterns, the pair managing to find a perfect balance - Sufjan channelling his quieter moments to perfect that of Lott's repetitive hymnal drones.

Serengeti continues his wondrous satirical poetry throughout the likes of 'Booty Call' and 'My Oh My' that hilariously capture our obsession with the likes of social media and manic pixie dream girls, as he churns out "Can you resist the urge of going on a shopping splurge? / Coming home with hats and a kit to make curd / This is how you curdle the shot like Steve Urkel / There's books by Studs Terkel and pet store gerbils / This place used to buy and sell turtles" Yes, he's obviously hitting out at consumerism but backed by Sufjan's cheery, melodic backing vocals and the industrial tones of Son Lux, this not only one of the best songs on the album but also one of the most thought-provoking and intelligent songs of recent years.

Narrating the hilarity of modern day situations to heart-breaking effect, with each artist bringing their strengths to the table, Sisyphus is almost certainly the greatest hip-hop folk-tinged electronica with a deep techno pop groove record you'll ever hear.