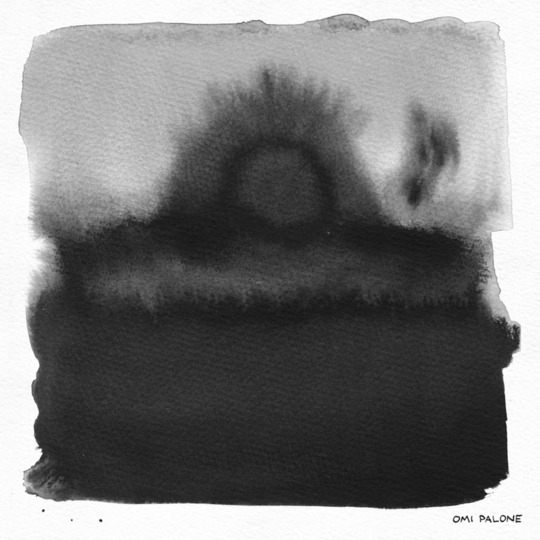 Part of a moody, thriving underground punk scene that is flourishing in the UK and US at the moment, Omi Palone's debut record does exactly as it should: lo-fi, aloof and worryingly cool. The band, as with their Faux Discx label mates Cold Pumas, Sauna Youth, Tense Men etc, exude a confidence that is testimony to their DIY ethos. Omi Palone require no mainstream backing or major-label interference, and they have never sought it.

Faux Discx is a label of support and cooperation, with band members used interchangeably between acts and the label itself being run during evenings by Dan Reeves of Cold Pumas and The Soft Walls. In keeping with this independent and DIY spirit prevailing on the label, Omi Palone is a record that sounds pretty eighties- short, sharp bursts of gothy, slacker post-punk interspersed with runaway moments that recall influences from Sonic Youth to New Order.

They are a band who manage to sound both tight and loose at the same time, encompassing an almost disdainful nonchalance in the process. This nonchalance occasionally gets to the extent that they don't even sound like they're trying, nonetheless the tracks trundle along excellently and rarely lose focus. With eight tracks clocking in at just under 25 minutes, there's barely any time to.

Omi Palone perhaps lacks the danger of some of their label mates (see Tense Men's 'Opiate Glow' for contrast), but there is a insistence to the tracks that make them all the more interesting with repeat listens. 'Architecture', for example has a certain 'Age Of Consent'-style solidness to it, the opening guitars recalling something of the Sumner/Hook cohesiveness whilst the rhythm section remains sharp and solid; pushing things forward whilst remaining understated. The vocal performance is invariably a low drawl: the sort someone would mimic in order to take the piss out of indie music, in a way. Here, however, this is used as a badge of honour, as are the majority of the classic indie techniques on display here. Elsewhere, 'Shallow Divide' is, again, delightfully monochrome - the vocals a robotic counterpart to the slack, thrashed guitars which in turn counteract the motorik rhythm of the drums. It is a wonder this track's constituent parts all fit together to create such a strong unit.

In a current climate of 'indie/rock/guitars is/isn't dead', the DIY punk scene that Omi Palone are a part of is another string to the 'isn't dead' camp's bow. This is rock music that remains challenging, fresh and vital, and wouldn't be seen dead anywhere outside the scuzzy clubs and backrooms where it belongs. An excellent record.