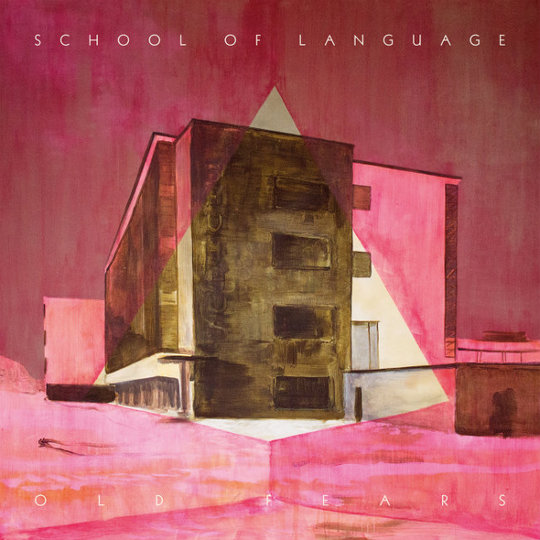 Although it's technically a solo record, it’s difficult to consider the new School of Language record without mentioning Field Music. School of Language is, of course, David Brewis, one half of Field Music, a band that at times can seem like a fabulous slice of old-fashioned ‘indie’ in a harsh modern world – all intelligent lyrics, passionate dedication to their craft and an eye for invention within the confines of the traditional rock-band setup.

Where Field Music differ from the traditional indie band path however, is their career approach. Where many acts would build on the acclaim received for 2012’s Plumb with another LP following a similar path, the brothers Brewis decided that they wanted to do different things – older sibling Peter has been working on soundtracks and various other projects while David toured with Eleanor Friedburger before heading into the studio to record this, his second album released under a solo pseudonym.

Field Music is also probably the best starting point for when commenting on Old Fears, but it’s definitely a very different beast to Brewis’s ‘day job’. Where Field Music, and Plumb in particular, worked with a collage of ideas crashing into one another, School of Language is more a collection of sparse, singular ideas, allowed time and space to worm their way into your consciousness.

Take lead-off single ‘Between the Suburbs’. Built over an insistent keyboard riff and Brewis’s anxious vocals, the track doesn’t change gear or divert into any tangents for the next three minutes. Instead, it ploughs ahead insistently, other instruments veering into view as the track unfurls itself in steadily building waves.

Or opener ‘Distance Between’, which harks back to the ridiculously catchy ‘A New Town’ on Plumb. Whereas that track’s nagging retro-futuristic riff was just one of many ideas crammed into one space however, here the whole song is built around one riff, a central foundation surrounded by little flurries of guitar and a tight, sample-tastic drum pattern that build momentum until, before you know it, there’s a cracking track seemingly appeared out of nowhere.

Many of the track work in the same way, Talking Heads-tight riffs mixed with a lo-fi recording aesthetic. Have the record playing in the background and one sparse rhythm can blend into another. It’s only when you pay closer attention that the elements that Brewis weaves around those building blocks are allowed to reveal themselves to their full extent.

It’s not all minimalist funk riffing though. ‘Moment of Doubt’ is a woozy, low-key three minutes built around a simple vocal loop and Brewis’s double-tracked lead, suggesting the doubts and self-questioning of the album’s title. Elsewhere, the closing ‘You Kept Yourself’ harks back to classic stage musicals or even Tom Waits’ earlier years as our central character reflects earnestly over a simple piano rhythm, before an unexpected blast of saxophone takes us towards the album’s close.

A very different beast to Field Music then, but curiously not a million miles away from the place where Brewis has made his name either. Thematically it’s very similar – the concerns of a man in his thirties, considering where he fits into the world around him, and wondering where past years have gone so quickly – it’s just delivered in a distinctly different framework. Where one is a wonderful mash of two people trying to make their ideas fit together like pieces from two different jigsaws, this is one person using only the bare minimum but still crafting something beautiful.