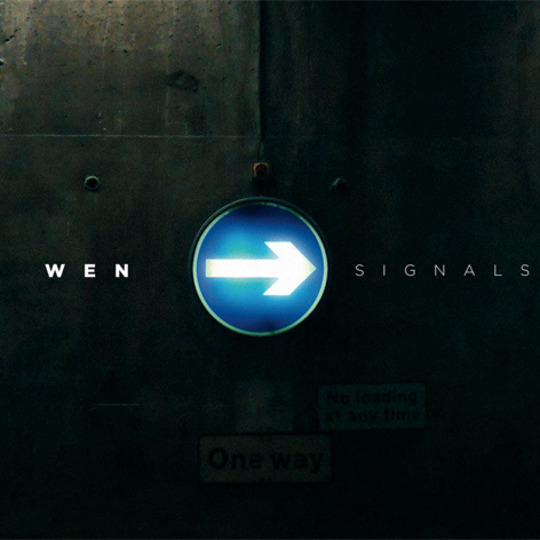 The art of the introductory track has vanished in recent years. Not so for Wen. ‘Intro (Family)’ is a bracing and distinct call to arms. Swirls of noise echo and drift, a booming bass kick is iced with microphone feedback from boxed up pirate studios and dank, cramped underground weeknight clubs as shout outs to family and the underground are lovingly laced over the top. 'Big Up My Family' is a salute to a scene, to the underground, to those still slaving away at their craft. It’s the perfect opening address to the groundswell, the forebears, maybe above all the label, that brought Wen to where he finds himself today, releasing a heavily hyped full-length album, Signals.

Rewind a year or two and it would be nearly unthinkable to imagine a full-length instrumental grime LP garnering so much attention: a pre-release stream on Resident Advisor; write-ups in the mainstream press. Artists like Terror Danjah had released retrospective instrumental tracks, but the grime instrumental principally remained buried on hard drives and memory cards; racks and racks of uncompleted bleeps, strings and drops unblemished by vocals, occasionally unceremoniously dumped on Dropbox by Wiley.

But all that arguably changed with the release of a compilation in mid-2013: Keysound’s This Is How We Roll was a veritable trove of diamonds in the rough. Label heads Dan Frampton (Dusk) and Martin Clark (Blackdown) had always been passionate, articulate and most importantly, involved chroniclers of the vibrant and diverse UK bass underground, and This Is How We Roll was more than testament to these traits. It fused together the key components of a not-quite-scene into something coherent; E.M.M.A.’s hypercolour swirls rubbing up against the grim bounce of Beneath; the bright, shattered glass shards of Texas import Rabit’s beats brushing shoulders with the hazy, ethnic daubs of Visionist and Double Helix. What united these sounds was their tempo - 130bpm, more or less, a shuffle behind dubstep’s charismatic 140bpm lurch – and their stark, minimalist palette of sounds. This Is How We Roll has that peculiar quality, even just a year on, of feeling like a ‘moment’, a true future artifact. It feels like a birth certificate for the stark, cold instrumental grime that now courses through the UK underground’s bloodstream.

None stood out more than Wen, in many ways. ‘Commotion VIP’ echoed like a concussion, Owen Darby’s stark pulses littered with chopped up vocals and dialogue that sounded lifted straight from pirate radio outtakes. Without being flippant, the instant comparison to spring to mind was that of Burial, another producer with a knack for encapsulating space and isolation in his tracks by way of carefully mined vocal snippets. The vocals Darby uses are for the most part snatches and samples: rewound, treated, sped up or slowed down. In his stark, harsh compositions, they breathe a sense of presence into the instrumentals, connecting these genre sketches with their original purposes as backing material for rapidfire vocal interplay, rough skits played out on hijacked frequencies from bedrooms and bedsits.

The reverence for the UK underground of the late 90s and early 2000s is on clear display here: rave, garage and drum n bass mixing it up with more modern dubstep, UK funky and grime. The recycling of spent musical DNA is a constant of the UK underground, a constant state of renewal fuelled by scavenging of musical pasts: everything can be repurposed; nothing is wasted.

Such genealogy is reflected throughout Signals. ‘You Know’ is turn-of-the-millennium-era garage depth charged, a lonesome female vocal hook submerged with shifting, sprawling synths. Likewise, title track ‘Signals’ is a junglist juggernaut, level upon level of vocal samples interlocking over terse snare rolls. Wen’s not confined himself solely to pre-milennial vibes: ‘Persian’ splices mournful middle eastern drones and strings with Wen’s classic shuffling, skittering percussion: Skull Disco 2006 meets Grime 2013. True opener ‘Galactic’ could be a DMZ level mid 2000s halfstepper, were it not for what sounds like a choral sample being slowed up, rewound and played out again and again underneath those skittering, spidery beats. Album closer ‘Play Your Corner’, finally dispenses with the vocal foreplay and lets the grime loose: MC Riko snarling and flexing his muscles over a classic sounding string powered martial war dub.

Elsewhere, Wen goes off grid: ‘Lunar’ - featuring patron Blackdown - marries wobbling UK bass to something that could almost be described as Detroit techno: a slow, deliberate night-time cruise with Robert Hood tied up in the backseat. ‘Nightcrawler (Devils Mix)’ is weirder still, offering some idea as to why compatriot Beneath is due to release an EP for noise imprint PAN. Falling somewhere between mutant grime and something altogether weird, Wen smashes together grime verse and eerie chants with that shifting, uncertain percussion, a disorientating and unholy musical collage.

What Wen possesses, above all else, is a level of aural deftness that enables him to even make his densest tracks sound spaced out and sparse, with no sound lost, overwhelmed or buried by another. Album highlight ‘Swingin’ (LDN Mix)’ is a ramshackle roller, beats and rhythms clashing and catapulting off one another, but it’s the sense of quiet between the sounds, every click, snap and bass wobble precisely defined, that gives the track a swaying, snakelike charm that’s reinforced by a trademark menacing vocal clip lending the track flesh and blood heft “Your neck should be swingin’, brutha“.

The more time spent on its wild ride, the more Signals feels like one of those rare hyped albums that actually seems to outgrow the hype. It’s rare to find an electronic full length that manages to feel so varied, and yet also so harmonious in its uncompromising vision. More than that, Signals is possessed – maybe it’s those vocal samples – by an uncommon humanity for music that often sounds so grim, unholy and isolated. Wen has delivered on his opening promise: this is music for the family, for the UK underground, for the labelheads, and for the listeners. Signals is the sound of UK nightlife today, and come the time, it should be seen as one of the albums that defined an era, a key document to be re-purposed by the next wave of young initiators.