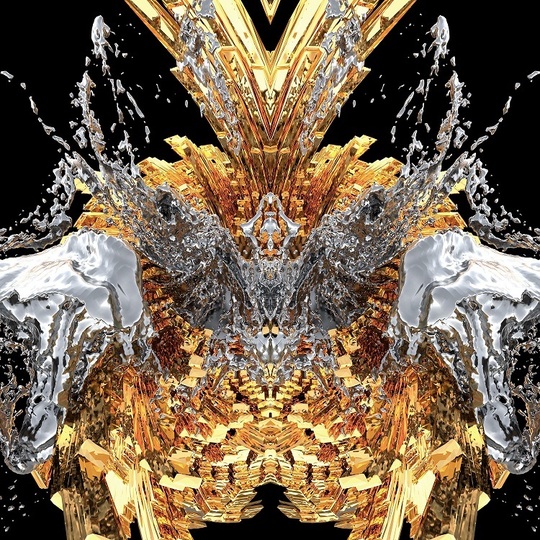 If you’re not already familiar with it, the second record by The Enemy is worth a look if only for the genuinely breathtaking volume of shameless rip-offs on there - 'Common People', 'The Universal', an astonishing facsimile of 'London Calling' - and it surely goes down as the textbook example of a band hiding behind derivativeness as a way of avoiding confronting the issue of what kind of records they want to make.

There’s nothing quite so brazen on Himalayan - and I certainly wouldn’t suggest that Band of Skulls have sought to directly copy anybody else’s work - but it is an enormously unoriginal effort that’s replete with all the telltale signs of a band going through a major crisis of identity. For the first three tracks, they channel the spirit of their old tourmates The Black Keys so aggressively that they’re verging on tribute band territory; the boisterous guitar and sneering vocal of opener 'Asleep at the Wheel' is pure El Camino, and whilst the insipid funk of the title track at least tries to make inventive use of the male-female vocal dichotomy that Russell Marsden and Emma Richardson offer up, 'Hoochie Coochie' sounds as if it could have been penned by their friends from Ohio - the harmonies are presumably an attempt at introducing a touch of Tame Impala-ish psych, and a clumsy one at that.

Things take a bizarre left turn on 'Cold Sweat', with the fizz of the opening hat-trick abruptly eschewed in favour of a faux-atmospheric slow jam that moves Richardson front and centre. This sudden change of direction becomes a recurring theme later; 'Brothers and Sisters' is plodding soft-rock, with the repeated line “we’re all brothers and sisters in the end” delivered in a weird, rushed manner - it has too many syllables to fit the music comfortably, but contains such a monumental epiphany that it was obviously necessary to shoehorn it in. 'Yaatian' is a real middle-of-the-road slog, with a guitar solo you can see coming a mile away and strangely reserved vocals. 'Nightmares' sounds a bit like The Verve, and I don’t mean A Storm in Heaven era.

There is the odd hit to go with a plethora of misses; there’s a touch of genuine drama to 'Heaven’s Key', which makes good on a terse opening couple of minutes with an an explosion of belligerent guitars at the midpoint. There’s plenty of punch to the fretwork on 'Ten Men', too, and I must admit to finding “I feel like ten men / nine dead and one dying” endearingly cheeky. Moments of promise are few and far between, though, and heavily outweighed by poor decisions elsewhere; 'Get Yourself Together' involves one of the most ill-advised reaches for the acoustic guitar since David Brent brought his to the Wernham Hogg training day, and 'Be Mine' - a strange choice of closer - is a mess of too many ideas, bare-bones verses sitting uncomfortably alongside an overcrowded chorus.

Playing around with so many different styles might be considered a signifier of self-assuredness, but Band of Skulls’ refusal to commit to one sound on this record seems, to me at least, symptomatic of a lack of confidence. With Sweet Sour they appeared to be on their way to carving out a signature style, but Himalayan undoes much of that good work, an album diluted by the indecision of its creators. Are they a rock band? Are they a pop group? Do they even know the answer themselves? Taking ownership of their identity looks like the trio’s Everest, and, as things stand, they’re stuck at base camp.