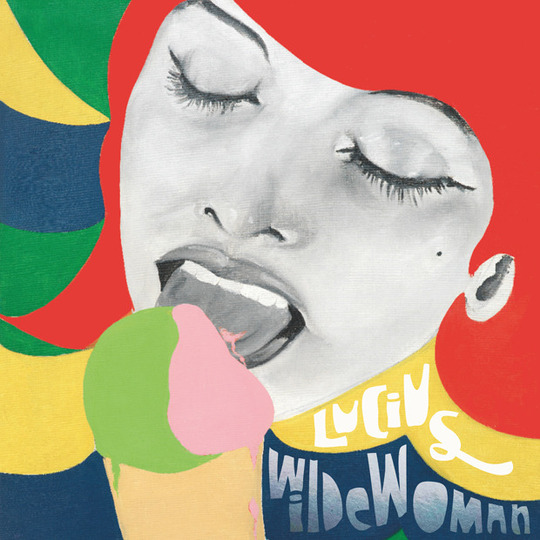 For those dismayed by the pervasive dilution and corporatisation of pop music - instigated by terrible things like user-generated hashtags and shallow Vevo partnerships - a certain wistfulness for the past inevitably arises. The songs of yore serve as a nostalgic reference point for a time when the music itself was more important than the way in which it was presented.

The misty-eyed among you, then, will be attracted to Brooklyn five-piece Lucius, their unassuming rise up the hype scale fuelled not by scandalous video shoots or a debauched press tour in an aeroplane, but by glowing comparisons with the much-lauded Sixties girl-group dynamic canonised by acts from The Supremes to The Shirelles. Such lofty assessments in this case are largely borne from the fruitful partnership between dual singers Jess Wolfe and Holly Laessig, who met at Berklee College of Music and found a titanic chasm’s worth of creative value in one another. A serendipitous meet has led to this moment in time, where, having recruited bandmates Dan Molad, Peter Lalish, and Andrew Burri to lay down the instrumentation, they’ve created a luminous, luscious sound that’ll whistle sweet nothings to every eardrum.

Helmed by Lucius themselves, Wildewoman gleams with stellar production, smoothing out any rough edges from previous iterations to craft a full-length debut that earns its UK release following a warm embrace from the US at the tail-end of 2013. It’s a record that’s perfect for either the dimmest or lightest of settings: get lost in Wolfe and Laessig’s soaring vocal melodies late at night in your bedroom when the lights are down, or have the record's rolling rhythms accompany you on a gloriously-bright summer afternoon’s cycle ride.

Take the title track, where the uplifting harmonies proffer a storyline that sees the singers rhapsodising about an errant lady “who has a look that tells you she’s up to no good at all” and will soon be “ripping out the pages in your book”. A pertinent lyric, as the formbook is indeed ripped up as the album progresses: a more forceful vocal dominates the stomp of following track ‘Turn It Around’ as it evolves into an unexpectedly dancey number, before the almost-A Capella stylings of ‘Go Home’ interweave with the perfectly-understated country instrumentation.

It’s not entirely faultless: ‘Don’t Just Sit There’ is a little too polished; its overbearing guitar chords betraying the more subtle structural arrangements found elsewhere. ‘Two Of Us On The Run’, meanwhile, suffers from its placement in the track listing. Sandwiched in between the whirlwind blues-squall of ‘Nothing Ordinary’ and ‘Until We Get There’ – arguably the best track for its shuffling rhythms and utterly euphoric Wolfe/Laessig harmonies – it’s too slow off the mark to retain Wildewoman’s promising momentum. A small complaint perhaps, but it’s important with records like this to locate its minor imperfections in order to better enjoy its strengths – which are certainly in the majority.

As colourful as its cover sleeve, Wildewoman is packed with a joyous authenticity that’s achieved through a well-structured set of songs that traverse a veritable array of musical styles. It’ll make for a fine and thoroughly-contemporary addition to the collection of any retro-enthusiast.