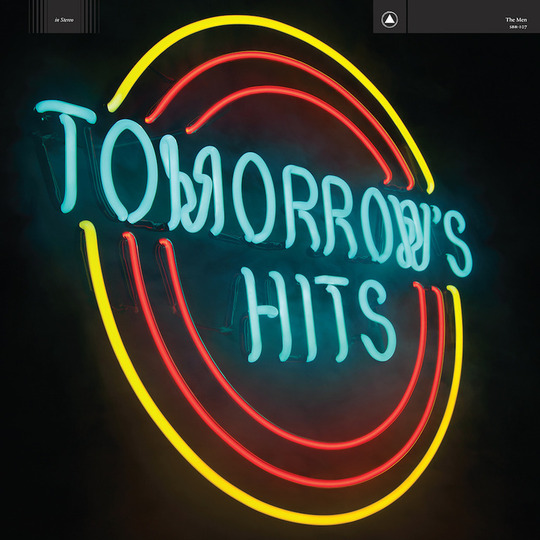 And what to add? Both statements are misleading and simplistic - not to mention the basis for exquisitely dull arguments - but isn’t this glaringly obvious? What’s more, isn’t there a case that, despite Tomorrow’s Hits’ frequently being as derivative an album as seems plausibly imaginable, this whole discussion is oddly impertinent to The Men? Through no hype of their own, the Brooklyn five-piece exist marginally outside the rules, and what’s interesting is just why that’s so.

Let’s step back. History brims with artists careering into the leftfield fuelled by irony, cocaine or innovation. But between the gaps flourish genuine wildcards. We associate musical genius with virtuosity, eclecticism and prescience, but as genres cross-pollinate, nostalgia normalises and innovation becomes abstract, those parameters seem increasingly old hat. Here’s the thing: Tomorrow’s Hits might be old-fashioned, but that doesn’t make it nostalgic. And I’m not sure it’s unoriginal, either.

In 2010, The Men exploded into about 17 people’s ears with a fireburst of hardcore punk songs called Immaculada. They swiftly returned with Leave Home, a sprawling album that sounds like Spacemen 3’s Jason Pierce being kicked incessantly in the face by the early recording artists of Sub Pop. On 2012’s Open Your Heart, the Men remained fucklessly heavy but, with tunes like ‘Country Song’ and ‘Candy’, instilled pastoral sensibilities, like weekend visits to a rural cottage. Last year’s New Moon sold the cottage and moved into the barn.

Indeed, the Men have always been a funny bunch, but Tomorrow’s Hits (likely punning on Mudhoney’s ‘When Tomorrow Hits’) is their first venture into hard comedy. Not that the music suffers - songs like ‘Settle Me Down’ channel the amusingly hokey undercurrents into a sweet reservoir of Big Star melodies - but even at its barnstorming, piano-bashing best, you have to admit the big-rock influences are not so much worn on sleeves as tattooed on foreheads.

This all is wildly inspired, a credibility risk way beyond the creative imperative of, eg, Animal Collective, Grizzly Bear or even Fucked Up. Ever wanted to see an exciting new band scoop their critical winnings before swandiving into that deadzone that isn’t cool or uncool but, instead, sounds a bit like Tom Petty, ask The Men? With Tomorrow’s Hits, your wish is granted.

This probably has the whiff of a backhanded compliment. It’s not, but I suppose we’re slightly oversimplifying. The Men’s catalogue frequently nods to bands like The Replacements, and songs here such as ‘Get What You Give’ and ‘Dark Waltz’ fuse that haggard yearning with an upbeat, desert-trooper kind of feel. It’s a contrast that clings throughout the album: ‘Another Night’, a pastiche of Cheap Trick or The Cars or something, delivers sweet breakup lyrics with a kind of chest-huffing masculinity: for all their panache, The Men have the air of a band who’d make short work of changing a flat tire.

Like their spiritual progenitors The Minutemen, Mark Perro and gang bite the poison bullet and force punk fans to apply the ‘No Rules’ principle to their listening habits. But the real genius of Tomorrow’s Hits is its shaking off not just fan expectations but the almighty shackles of credibility, innovation and, for want of a subtler term, corporate buzz-band etiquette. It's reassuring to know that, whether crafting the hits of today, tomorrow or yesterday, The Men occupy a space all their own, a small peculiar universe as wonderfully dated as it is timelessly theirs.