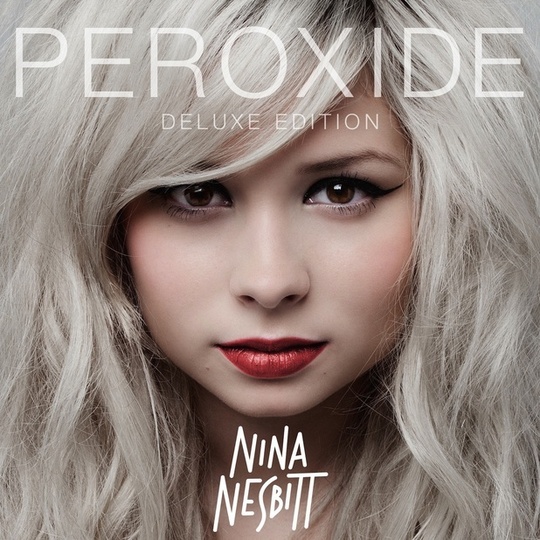 The lead single off this debut by 19-year-old Edinburgh native Nina Nesbitt is called ‘Selfies’, so I think I can be forgiven for not heading into it expecting Highway 61 Revisited. Not, of course, that there’s actually anything wrong with that. The Oxford English Dictionary didn’t just recognise ‘selfie’ as a legitimate term last year; it actually declared it to be ‘word of the year’. A perfectly pertinent topic, then, and who’s to say we aren’t due a twenty-first century ‘You’re So Vain’, anyway?

‘Selfies’ isn’t it, though. It’s so lyrically lightweight that it’s actually difficult to ascertain Nesbitt’s true feelings on the matter, with disparaging verses counteracted by a chirpy chorus that leaves you wondering whether she sympathises with or sneers at the song’s protagonist; after all, anybody too dismissive of superficiality surely wouldn’t name their record after the colour of their hair. Perhaps she was worried she’d be alienating her young fanbase if she delivered too scathing a critique on one of their favourite pastimes. If that sounds cynical of me, I feel I’ve good reason to be; the track’s bratty pop, which would probably be suitable for Cher Lloyd if the beat was a little heavier, is actually sonically unrepresentative of the rest of the record.

Most of Peroxide, in fact, casts Nesbitt as a folksy, guitar-wielding troubadour, not at all unlike her compatriot Amy Macdonald. There’s the odd exception - she has a fair stab at funk-tinged Eighties pop on ‘He’s the One I’m Bringing Back’ - but for the most part she’s co-opting the brand of gentle pop-rock that’s apparently made Macdonald a big earner on the continent. Nesbitt’s true to that, at least; there’s a slew of acoustic guitar-driven standard-issue love songs here, including the title track, ‘Tough Luck’ and ‘We’ll Be Back for More’.

Probably the biggest missed opportunity on the record concerns Nesbitt’s lyrical choices; there’s attempts at social commentary that are well-intentioned with regards to her target demographic. ‘Stay Out’ decries posers - “he wears a Rolling Stones tee, he only knows one song” - and she frames typical relationship-related angst quite nicely on ‘Two Worlds Away’, with reference to anxieties about the future that will surely resonate with her teenage following. It’s a shame, then, that everything else is quite so vapid, whether it’s on the seemingly interminable ‘Hold You’ - a collaboration with fellow peddlers of musical wallpaper, Kodaline - or when she recycles Lily Allen’s years-old shtick on ‘Mr. C’; “I’ve come to the conclusion you’re quite fit / but I’m under no illusion you’re a dick.”

Delicate acoustic closer ‘The Hardest Part’ is the highlight, and the stripped-back setting showcases Nesbitt’s vocal talent in a manner that the overproduction of the rest of the record doesn’t allow. In the grand scheme of things, voices like hers are ten-a-penny, but her range is good enough that you realise her constant shirking of the high notes elsewhere on the album - see ‘Peroxide’, in particular - was likely an irritating affectation rather than a true reflection on her ability.

It should really be the aim of any singer-songwriter to try to carve out an identity on their first full-length, but Nesbitt appears to emerge from this one no clearer about the kind of musician she wants to be. She doesn’t have the vague ‘indie’ appeal of her mainstream, guitar-botherering peers - the likes of Kodaline and Passenger - and you get the impression that her tender years, rightly or wrongly, will probably count against her with the kind of Radio 2 MOR crowd that so embraced some of her countrywomen - Macdonald and KT Tunstall spring to mind. If this is peroxide, it’s a heavily diluted solution; there’s certainly nothing caustic here, and scant evidence to suggest, as she protests to be the case on the title track, that there’s anything burning in her heart.