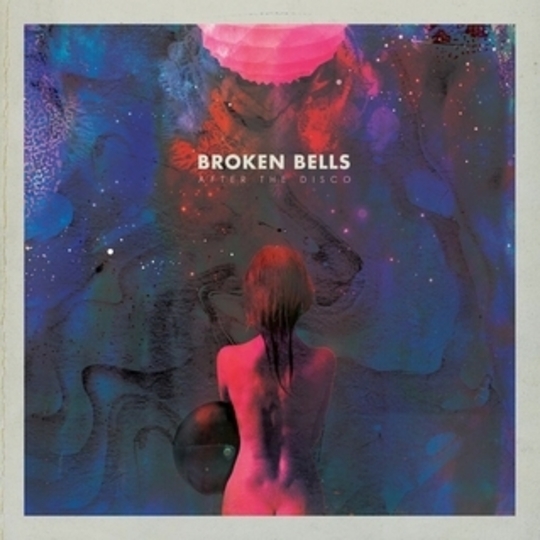 If you ate your favourite food every day for a year, there's a good chance you'd grow bored of it. What was once fresh, vibrant and exciting eventually becomes stale and grey. When James Mercer essentially delivered a shaky sequel to the first Broken Bells album under the guise of The Shins' Port of Morrow, the warning signs were there. For the first time, Mercer appeared consumed by production tricks that previously coloured his songs so brightly.

Working with Brian Burton had given Mercer a true collaborative partner – something he had lacked in the increasingly autocratic Shins for quite some time. Burton's crisp drums, electronic flourishes and punchy production suited his frontman's plaintive croon and laid-back guitar playing. Broken Bells' debut was a masterful synthesis of electric and acoustic, holding up some of the strongest melodies yet to emerge from Mercer's mouth.

Yet what feels sublime at the first time of asking loses its lustre when offered up again four years later, masquerading as something new. That's the problem Broken Bells face with After the Disco. The questions are raised from the outset. A burbling, rhythmic synth pattern is the first audible sound on the record and it's immediately obvious how the drum pattern will drop on top of it, and when.

Sure enough, there it is. There's nothing wrong with it; it's perfect for the song. The problem is that the formula is also present on the Bells debut, as well as the Danger Mouse/Sparklehorse collaboration, Dark Night of the Soul. When Mercer's voice joins the fray, it's with something very much akin to the verse melody from Death Cab For Cutie's 'I Will Follow You Into The Dark' and all of a sudden, everything is tiring.

In lieu of genuine progression, the duo have opted for gimmickry. Although the production is an upgrade on their past efforts, piling on funky bass stabs and airy guitar leads, it isn’t enough to disguise what’s underneath. On two occasions, Mercer flat-out apes every single one of the Bee Gees in a chorus and it's genuinely saddening. Of course it's tongue-in-cheek. Of course it is. The album's called After the Disco. It's also really lazy, a straw-clutch for a duo wishing to milk the funk without having to do much in the way of challenging themselves. Both Mercer and Burton are better than that.

That's not to say that this record is a complete disappointment. Its creators are simply too talented, and if they milk a formula, that's not to say it doesn't get results. Before Mercer goes full Gibb on 'Holding on for Life,' he stumbles across that wonderful balance of weary and hopeful he mastered on The Shins' 'Australia.' While this also inevitably leads back to Mercer’s past, it nevertheless feels organic – a consolidation, at the very least. 'The Changing Lights' finally hits a sweet spot in the bid to blend funk with reflection and 'Control' adds a welcome new layer of sleaze to its verse before it, too, concedes to mediocrity for the chorus.

'No Matter What You're Told,' meanwhile, is so utterly perfect that everything preceding it is almost forgiven. Here is a song to rival 'The Ghost Inside' and anything else the band has committed to tape. If this review wasn’t so concerned with avoiding the past, it would now demand they invite Christina Hendricks back onto the SS Fortuna for the video and end the debate. Where handclaps once sufficed, brass stabs now puncture the thick beat and the bassline is good enough to carry the entire song without respite. The chorus succeeds where so many of the songs here stumble and raises the track to new peaks.

The back end of the album is too good for the first half. That's the basic problem. Maybe After the Disco should have been released as two EPs and the second one could soothe our concerns about the future of Broken Bells. As it is, it feels somewhat unsure: the experimentation too tentative to convince, and other paths too well-trodden to shine. Despite the immense joy of the final five songs, the prospect of a repeat play is a discouraging one when the first five brought forth a cynicism entirely unwelcome among a collection designed to elicit wonder.