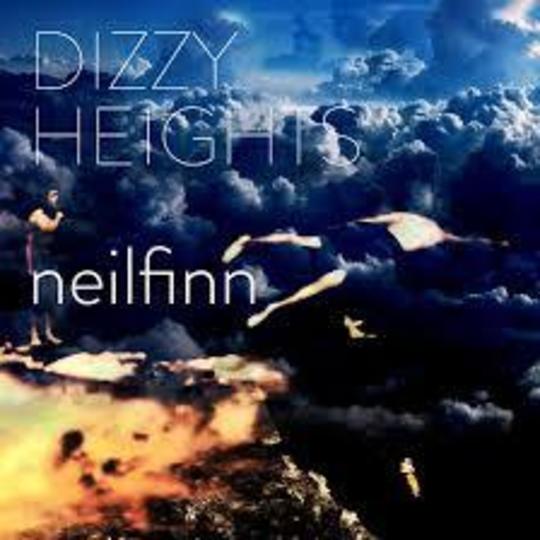 Left turns are a good thing, right? 'Progress is impossible without change' said George Bernard Shaw, and he was a man who knew. When someone ditches the artistic safety net, the innovation should be celebrated. We talk about changes of direction and we consider Bowie’s Berlin trilogy, Dylan going electric, Radiohead’s Kid A, the second season of The Wire (shut up, it’s the second best one) or U2’s Nineties output (again, shut up, it’s their best work).

But are our thoughts and principles a little rose-tinted here? What about when Garth Brooks became Chris Gaines? Or Neil Young’s Eighties experimentation with weird electronica? Or Bon Jovi’s album of reworkings of a bunch of their songs, This Left Feels Right (scratch that, Bon Jovi always sucked). After some consideration, I feel unfortunately it’s towards this end of the scale that Dizzy Heights, the new album from Neil Finn sits.

Even from here I can hear the scoffing: 'An experimental album from that bloke out of Crowded House? Well of course it’s shit!' Well don’t be churlish. Finn has always had a wonderful voice not that dissimilar from the (deservedly) lauded Jeff Tweedy, a brilliant ear for a melody and a talent for writing beautifully earnest lyrics. Crowded House were once FHM magazine’s byword for boring, but given that’s a lads mag that idolises Kasabian, Finn should probably stick their quotes on the sticker for his new album.

There’s never been anything groundbreaking about Finn’s work, but he’s proved himself a very good songwriter and has earned a spot of indulgence. And boy does he indulge himself here. Opening with gospel track ‘Impressions’, he then moves from funk (‘Flying in the Name of Love’) to soulful blues (‘White Lies and Alibis’) via some weirdness that’s a cross between dubstep and whimsy on ‘Divebomber’. If these descriptions make no sense then good: this is as weird as Finn has ever been.

Credit where it’s due: there is a lot to be admired about this album. The production from Dave Fridmann is crisp, clear and utterly wonderful. The strings are as far from the middle of the road as one could imagine - this is an album that certainly makes you sit up and pay attention. Even if you find Finn’s oeuvre hitherto boring and hate this album, you at least still won’t find it dull.

All the same, Dizzy Heights doesn’t work. It’s disjointed and discomforting, and certainly easier to admire than actually enjoy. A couple of years back my dad was coerced, in the spirit of inter-office harmony, into entering a work talent competition. Now, my dad worked a high-profile job at a high-profile corporation in central London, where he was a senior and respected figure, not only at the company but in his powerful industry: my dad danced to ‘Gangnam Style’. Sorry, dad.

While you can admire Finn for stepping out of his comfort zone, ‘Dizzy Heights’ evokes the same feelings I had when I learned my dad danced to an absurd YouTube meme. It took me several listens to decide that the album was a brave, laudable failure, but the proverbial nail in the coffin comes with the titular second track. It doesn’t appear to be online, so instead, enjoy this song with the pretty much exact same keyboard line: