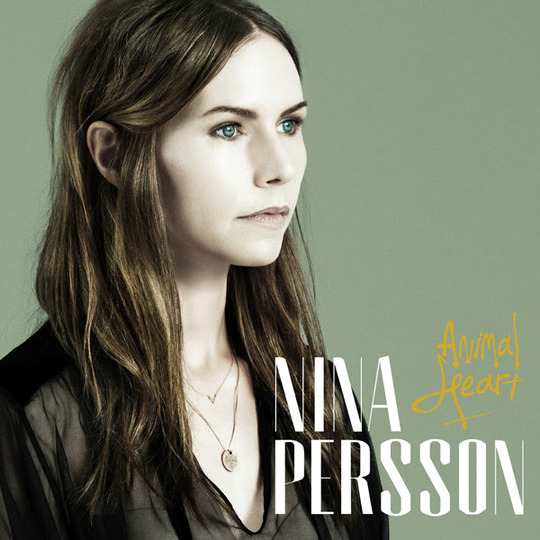 Says Nina Persson of her first truly solo outing: 'Somewhere inside, I have a very clear clock, a gut feeling, that says what I think. I have forced myself to just keep going and follow only my gut with this album.'

True to her word Animal Heart sees the former Cardigans singer (almost) complete the switch from the conflicted pop coquette of that band’s 1996 Shakespeare/Luhrmann aided hit ‘Lovefool’ to a fully-fledged earnest singer-songwriter.

Although Animal Heart is arguably Persson’s third solo effort, coming after the two albums she released under the nom de plume A Camp, they were records which were to varying degrees defined by the personnel involved. Produced by the late, great Mark Linkous of Sparklehorse, 2001’s A Camp was bathed in the sort of golden autumnal hues you’d expect from him, while 2009’s Colonia, featured a plethora of guests including Joan 'As Policewoman' Wasser and former Smashing Pumpkin James Iha. Perhaps most notably, it featured Nathan Larson, the former Shudder To Think guitarist and Persson’s husband, who provides the thread of continuity with this album.

Yet despite the return of key personnel Animal Heart undoubtedly signals a severance with the past. By dropping the A Camp pseudonym, Persson is stepping out from behind the veil of the characters who took centre stage on Colonia and edging gradually closer to conventional confessional singer-songwriter. Perhaps when she’s 60 she will finally release her own Blue. As it is Animal Heart starts with the bustling synth pop of the title-track opener and ends with the solo piano balladry of ‘This Is Heavy Metal’ with considerable of blurring of these lines in between.

The first two tracks are both driven by throbbing synth-bass, but are utterly different in tone and style. The urgent title song is all synths twinkling, swooshing and twisting their way around spiky guitar and towards a stratospheric chorus as Persson pines “Come be my man, babe hang on to me”. In contrast, ‘Burning Bridges for Fuel’ consists of spare piano tastefully adorned with picked guitar, glockenspiel and a vaporous keyboard backing as it beats patiently to its conclusion. Splendid as they are, these two songs also represent an unfortunately premature peak in quality.

There are other highlights on Animal Heart. ‘Food for the Beast’ is the only example of Persson making eyes at the dancefloor (almost literally: “Face down on the floor of the discotheque I saw the poetry”) moving from wonky verses with off-kilter electric vibraphone to four-to-the-floor disco on the infectious choruses. It’s a rare instance where the studio overdubs work well, providing heady swooshes and adding colour where other songs just end up overstuffed. ‘Forgot To Tell You’ comes close to suffering that fate, but it’s a superior cut of mid-tempo adult guitar pop where you can ignore the pointless laser synth effects and cheap organs. ‘Silver Like the Moon’ on the other hand is a gorgeous swooning ballad despite the prominence of baseball organ and because of the delicate glocks, knelling bells and subtly soaring guitar giving Persson the chance to be a real husky-voiced songbird.

However, beyond these highpoints Animal Heart is really just a pleasant bore. Melodies are nice and hummable, but crucially they are so casual as to not feel in any sense affecting. You couldn’t feel moved to say anything very negative about Animal Heart, because it’s main weakness is a failure to really move the listener at all. Nina Persson may have dropped the guise of A Camp, but Animal Heart is too emotionally unengaging to leave you feeling like you know her any better for it and compared to Colonia’s more colourful palette it feels, if not quite beige, then at best a dull taupe.