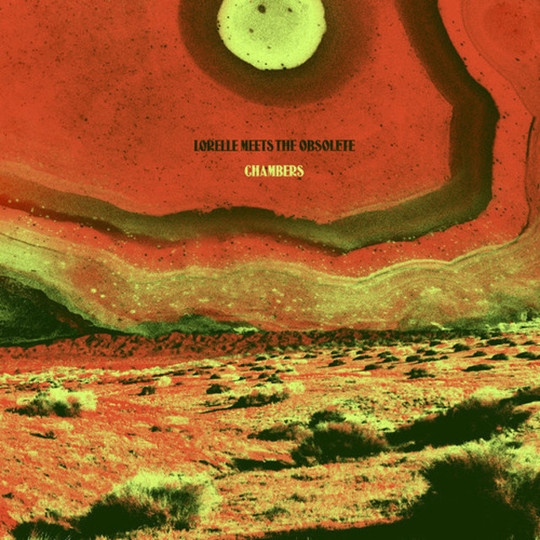 Although not exactly renowned for being a musical hotbed, Mexico City stands out from the rest of North America as a vibrant haven of culture. Breathtaking in some places, terrifying in others, it's a city that demands to be explored, uncovered and ultimately fulfilled.

Psychedelic tinged garage rock two-piece Lorelle Meets the Obsolete originally hail from Guadalajara and now reside in the coastal city of Ensenada. However, it was during their interim stay in Mexico City that the duo of Lorena Quintanilla ('Lorelle') and Alberto Gonzalez ('The Obsolete') undoubtedly found their feet, and in turn their identities (or should that be alter egos?). Imagine The Kills if they'd been tuned to Neu! and Can. Or a less formulaic White Stripes reared on the Sound of Confusion rather than the sound of their grandfathers' record collections.

Much has been made of the number of psych rock ensembles seemingly springing up out of every backwater on the planet, and rightly so. However, Lorelle Meets the Obsolete don't sound like everybody else. Or indeed anyone specifically brought to mind. Having first come to attentions last year courtesy of 'Medicine To Cure Medicine Sickness', their contribution to Sonic Cathedral's excellent Psych For Sore Eyes compilation EP, the London based imprint did what any self-respecting label would do and signed them to a long term deal soon after. Anyone still in doubt regarding the twosome's credentials will have found them dispelled at last September's International Festival Of Psychedelia in Liverpool.

Which in some ways leaves us wanting more from Chambers, the band's third long player. Recorded in Chicago with Cooper Crain - better known as the guitarist in krautrocking dronegazers Cave - and mixed by former Spacemen 3 legend Pete 'Sonic Boom' Kember, Chambers sounds like a record conceived out of spite more than anything else. Split into ten pieces, it doesn't follow a logical path but then for a record that was made in fits and starts using confined spaces in faraway places, Chambers fits perfectly into psychedelia's true definition of sonic confusion.

From 'What's Holding You?' and its heavy bass intro, where a lolloping groove cajoled by Quintanilla's discordant vocal drives the song into KVB territory, albeit less mechanically to the punk-pop thrust of early Nineties shoegaze-inspired closer 'Thoughts About Night Noon'. Chambers delivers a hazy concoction of aural delights throughout, only marginally losing sight on the meandering 'Third Wave' inside the album's final third.

Elsewhere, Quintanilla's echo-laden vocals provide a haunting aside to 'Music for Dozens's altruistic blues while 'Sealed Scene' sounds like The Who if re-imagined by Spacemen 3 in a parallel universe. Add the lysergically harmonious 'Grieving', drifting stoner rock that punctuates 'Dead Leaves' angst-ridden core, and 13th Floor Elevators-inspired '13 Flowers' to Chambers psychedelic smorgasbord if any further evidence was required to justify Lorelle And The Obsolete's credentials.

With Chambers and Lorelle Meets The Obsolete leading the way and a host of others including hotly-tipped shoegazers The Sisters Ray and prog rock influenced quartet Felixxx set to break soon, things might just be about to go a bit Mexico.