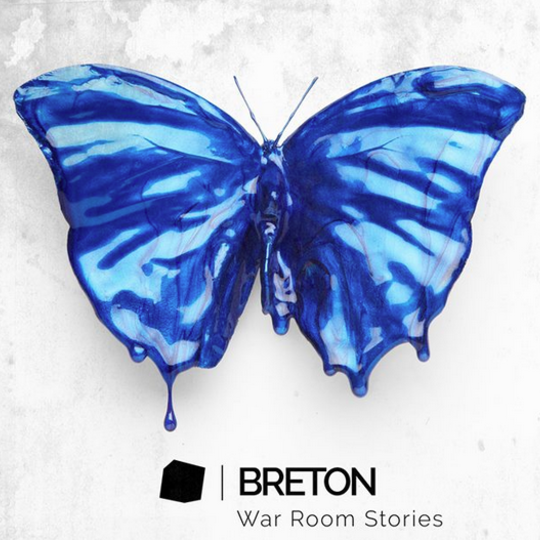 Thanks to their current inverse status, in both popularity and innovation, it seems that more and more 'indie' records have been picking up dance music’s mannerisms – while Breton’s sound in 2012 called to mind Tom Vek and few others, their relatively unchanged sound today sets off a chain-reaction of indietronica associations, from Everything Everything and Two Door Cinema Club to Foals’ Holy Fire and recent James Blake.

Resolutely electronic but retaining an 'indie' sensibility, faintly industrial, melancholic; Other People’s Problems was everything you’d hoped Kele Okerree’s solo exploits might have been - the tragic romance and earworm hooks of early Bloc Party transposed into a dance-centric setting. At the time, an awful lot was made of their being a 'multimedia collective' from 'south London' who 'squatted' in an 'abandoned bank' – a great press release has the power to drown a great record.

That their current blurb includes the phrase 'distinctly un-hipster' is telling in itself. Forget the myth-building and that War Room Stories was recorded in an old Soviet radio station; Breton have an aggression, a droning abrasiveness, that just about justifies their 'being a dickhead’s cool' swagger. They make electronic music with indie overtones, not the other way around, and in so doing, still manage to stand out from the crowd.

The excellent ‘S4’ is closer to their early Blanket EP in the production’s ferocity, as off-kilter drums skitter across police-kicking-your-door-in bass, while the Macedonian Radio Symphonic Orchestra lend the band an effortless air of class and Roman Rappak sings a hook straight off Silent Alarm.

Similarly fierce is the Chemical Brother-reminiscent witch-house stomp ‘Got Well Soon’, which brings brain-scrubbing repetition and Breton’s trademark walls of bass together with the edgy, brooding indie of the Maccabees’ ‘No Kind Words’. The gloves are off and the results are genre-meltingly good.

Taking the edge of with ‘302 Watchtower’, War Room Stories also ventures into gentler territory, bringing a trip-hop kaleidoscope of wind chimes and squeaked bum notes to create an immersive stand-alone world within the album. Sliding into ‘Brothers’, things become a little sub-par Foals, with Rappak’s wails demonstrating why he usually sticks to staccato pronouncements, and though the spacious, confident instrumentation is only a stone’s throw from Holy Fire’s gorgeous ‘Prelude’, it feels a little derivative.

Likewise, ‘Envy’ appears to be a pastiche of Breton’s past work – their trademark production accompanying the nonsensical, facile rhyme “You’re a tourist, there’s nothing wrong with that / But what you never could have noticed is how your bags were packed”.

At the other end of the spectrum is mid-album deep breath, ‘Closed Category’. A crisp, spoken sample oozes cool, left-hand piano replaces the usual relentless bass pulse and the guitar lines positively shimmer in their delicacy. Though it’s like nothing Breton have released before, it’s instantly recognisable; an unplugged version of their usual rhythmic gymnastics. What War Room Stories makes clear is that the way forward is further exploration and boundary pushing. Unsurprisingly, given both their sound and their ethos, Breton are not at their best when static, but rather forging ahead – cramming the bare bones of their sound into new and unsuspecting genres and influences.