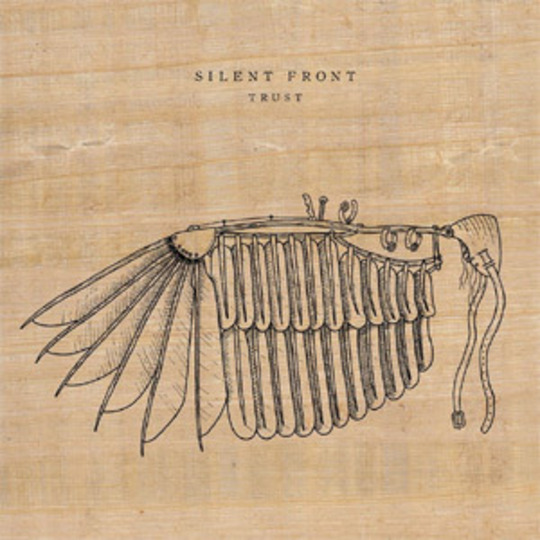 Trust, Silent Front’s second album, following their 2010 debut Dead Lake, is an energetic and passionate little thing. Anyone who’s been to their gigs will be familiar with their Shellac-themed brand of noise-rock, and Trust will only build on their reputation for brutally earbending sounds. In fact, these guys already have quite a dedicated following, especially in south London where they’ve been balls deep in the DIY scene since the Nineties.

What’s most exciting about Trust, though, is not the ferocious enthusiasm that runs through the record; it is the maturity with which they deliver their songs. Tracks such as ‘More is Less’ are cleverly pared back, with a simple repetition that opens the music up wide enough to swim around in. It is heavy and yet cleverly layered so that each instrument has a distinct voice. This is true even in the tighter, rawer sounding tracks such as ‘Nails’ where guitarist/singer Phil Mann thrashes about wildly but never loses his way.

The album centres around ‘Confiance’, a six-minute instrumental that works as a kind of interlude. It’s a thoughful meander through repeated themes and works well as a breather before the second half of the album kicks back in. It could perhaps have been a little more imaginative, or a little shorter, but the concept is an enjoyable one. Which is more than can be said for the outro that sneaks in at the end of the final track ‘Veil’. Again instrumental and again feeling aimless, it ushers the album out on a note of anticlimax.

Suffice to say Trust mostly finds Silent Front doing what they do best; heavy, shouty, energetic songs the likes of which are best listened to live with beer. Throughout the album they’ve managed to capture that raw energy and balance out the aggressive pace with precision and depth – not bad work at all for a second album. It won’t be everyone’s pot of pickles, and if you’ve never caught yourself humming Fugazi or sweating your face off at the front of a hardcore show, this may not be for you. Othewise, this album is definitely worth a listen.