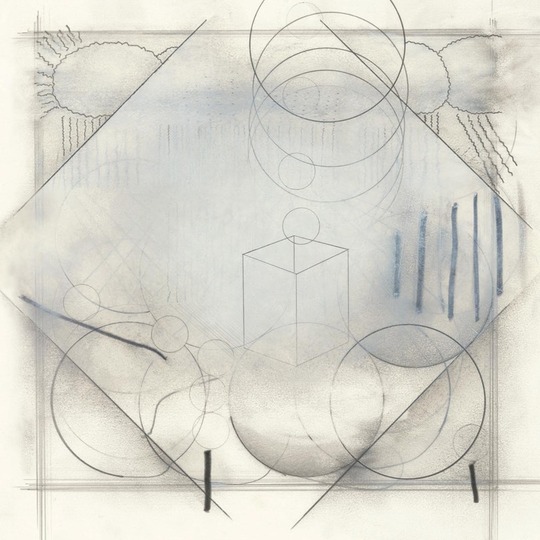 Watching an electronic act or DJ confronting a nightclub crowd with something they don’t want to hear is a singular experience, fraught with imagined or actual danger, buoyed by the fact that few crowds are less tolerant than those that do their best drinking after midnight. Actress is certainly no stranger to these moments, as he showed last summer in a packed out Paris club full of bright and sensually dulled young things clamouring for something loud and repetitive to sink their teeth into. If anything, the more the criticisms rained down, the more unrecognisable and abstract his already nearly beatless 3am subtleties became.

Darren Cunningham’s music, like his live performances, can feel oddly self-contained, with the principal points of comparison not to contemporaries or predecessors but to previous works. It’s easy to say that he likes Terrence Dixon, or Aphex Twin, or even Prince, but difficult to say exactly how he sounds like any one of them. As such, his Actress project has often evoked a luxury car, with the tinted windows rolling up as smoke curls out, Cunningham slouched in the back, an eternal passenger determinedly and deliberately oblivious to the world around him.

This has never seemed more true than with his new record Ghettoville, heralded as it was by a typically complex and quasi-philosophical press release decrying the current desolation of music before suggesting that this might be his final transmission before he drops the Actress moniker for good. Under said moniker, Cunningham has relished confounding expectations, and what better way for the eternal contrarian to do so than by announcing his retirement at his critical peak following R.I.P.?

‘Bleached out and black tinted’ was the descriptor lent by the aforementioned press release to Ghettoville, and opener ‘Forgiven’ takes this, and the prophetic message of ‘RIP Music 2014’, and rams it home. A grim, clanking roller of a track, it echoes and resonates, building up tension not with progression but with an eerie mechanical insistence. Brief interludes of rolling thunder and the occasional flicker of birdsong, only reinforce the track’s unrelenting menace. At this stage, Ghettoville certainly doesn’t sound, as Cunningham suggested after the release of R.I.P., as though it was finally recorded as planned in a sun-and-THC-drenched part of Jamaica.

An overwhelming sense of unease continues to dominate Ghettoville, even if it rarely touches the lows of the opener. Immediate highlight 'Rims', a lowrider bouncing on skeletal and screwed g-funk, seems to echo back to Splazsh’s florid and bright UK take on urban techno, but listen a little deeper and its slink is at least as disturbing as funky. This isn’t the only time in Ghettoville where Cunningham seeks to blunt and warp themes explored on other records: ‘Corner’ and ‘Rule’ bludgeons Hazyville vocal samples out of shape, while ‘Frontline’ brutalises the rave echoes of R.I.P.

Even when Cunningham seeks new territory instead of battering his old styles into submission, the results are ‘ugly’ compared to the euphoria and playfulness that has peppered previous records. 'Contagious' slams a slow motion kick snare pattern into the face of mutated vocals and droning sheets of strings, a queasy radioactive software jam. Even the albums's purest techno moment, 'Towers', is Ostgut Ton rather than Detroit-like in its ruthless efficiency, a minimalist, hard hitting four-four persuader purpose-built for darkened warehouses.

The overall spirit of the record might be overcast, but this hasn’t in anyway muted the diversity, Cunningham adroitly exploiting the myriad shades of grey at his disposal. The feeling of constant movement, which lends Ghettoville some of its initial impenetrability, reinforces this. Tracks start in one headspace and move to occupy another: 'Gaze' shifts from a blurrily concussed Actress intro into crisp, full-blown house majesty. 'Skylines' and 'Time' reverse the processconstructing suggestions of moving parts forming underneath the fog that then dissolve completely rather than ever emerging.

But as varied as the unrelenting bleakness might be, the true coup de grace of Ghettoville is the emotional bite it delivers. Cunningham has spoken obliquely, in his sardonic fashion, of the record being conceived around the ‘concealed pain’ of city life, notably the homeless and drug addicts he observed walking late at night. Certainly the record is steeped in that sense of feeling isolated even when surrounded by myriad others. Throughout Ghettoville there’s a humming, low fidelity blanket of unidentifiable sounds, easily equated to the disarming array of cityscape noise dissolving into the background. Cunningham extracts his ‘signal’ from this noise, his minimal and cutting melodies headphone music accompanying the listener throughout the metropolis. The effect of the relative quiet when Cunningham cuts out the background entirely is stunning, a moment of peace amongst the disturbance, as in the monosyllabic vocal double hit of 'Don’t' and 'Rap'. The latter in particular, with an echoing and repeated DJ Screw vocal asking the listener to "wrap yourself around me", is something of an emotional body blow, the rawness and warmth of the request coming as it does after 12 tracks of nearly relentlessly murky, isolated nihilism.

Ghettoville’s place amongst the Actress canon may well be determined by whether it truly is the last record or not: a relentless, labyrinthine and sprawling piece of work, a 16-track suicide note spanning 3LPs and well over an hour’s worth of concentrated listening. It’s worth remembering that in 2012, R.I.P. felt like the closing of the book. Then as now, it felt difficult to see where Cunningham could take the project further: R.I.P. suggesting a fitting final ceremony, where Ghettoville evokes Actress driven over the abyss, As an obituary, however, it’s a fittingly emotional, opaque and confounding conclusion for a project that has been an outlier amongst a scene of outliers from its inception.