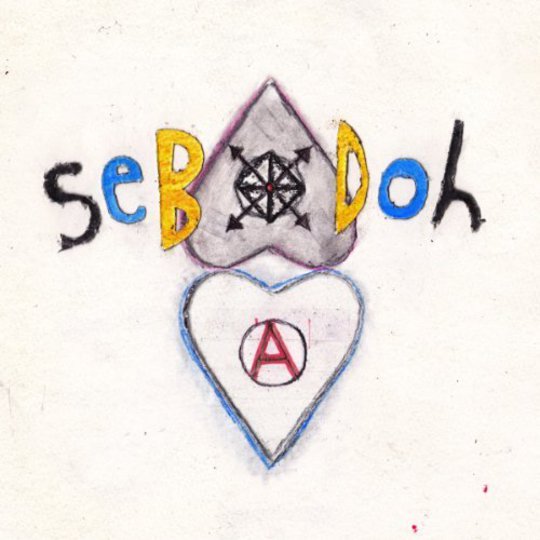 Few people in rock are capable of keeping a legendary band functioning, and fewer are managing to juggle two of them. There’s David Pajo; until recently there was Kim Deal; and then there’s Lou Barlow. Despite decades of emotional turmoil, rotating line-ups and lengthy hiatus, he’s currently managing to function within both Sebadoh and Dinosaur Jnr. Lest we forget The Folk Implosion never technically split up - hell, even Deep Wound get the occasional live airing. This is a man clearly square with his past: in the last year alone he’s performed with three of the seminal bands he co-founded. What’s remarkable is less his ability to bury hatchets, and more that the two most high profile, influential and adored of those projects are putting out music that is, if not exactly career best, certainly solid and engaging.

There’s two Undeniable Truths about Defend Yourself, the first full Sebadoh record in 14 years. Undeniable Truth number one is that this is undeniably Sebadoh, and brilliantly so. There’s been no reinventing of the wheel here, this is recognisably the same band who put out 1991’s Sebadoh III. The way, say ‘Beat’ crunches and jangles could have sat easily on any of their classic era records. It takes barely three songs to convince you that Barlow and partner Jason Loewenstein are still delivering the melodic, lo-fi goods (and yes we’re rather proud it took us over 200+ words before we used 'lo-fi'.) No-one who’s ever considered themselves a Sebadoh fan is likely to be disappointed by this - it’s textbook.

Tempering this though, and tied intrinsically to it, is Undeniable Truth number two: so many bands have sounded like Sebadoh in the last two decades (let’s start with Pavement and work out from there) that Defend Yourself actually manages to sound derivative, which is horribly unfair of course - you don’t judge Paul McCartney for sounding like the Beatles, or Johnny Marr for sounding like The Smiths. Life, alas, isn’t especially fair though and fans of this stuff are well served. There’s Pity Sex, Wild Moth and Yuck to name but three bands putting out quality, melodic fuzz-pop this year alone, all arguably sounding fresher and more assured than the grand masters of the genre. There’s a certain comfort in the breezy indie rock of ‘State Of Mind’, or the REM-aping ‘Oxygen’, but neither are especially exciting, and they’re going to be no-one's new favourite song.

Defend Yourself is at its strongest is when it allows Barlow to emotionally engage - his recent divorce from his partner of 25 years has clearly left a mark, and when that bewilderment, resignation and heartbreak forces its way to the surface it immeasurably improves the record. Barlow has always been at his best when at his most sincere- his attempts to win his wife back after they split briefly in the 90s resulted in the staggeringly wonderful ‘Willing To Wait’, here the end of that same relationship gives us opener ‘I WIll’, beautifully balancing the complex stew of regret and relief the end of a long term relationship brings. It’s the sound of sobbing while you run downhill, and it’s wonderfully done.

Alas such earnestness can’t sustain across the whole album. This is hardly revelatory stuff - the days of Sebadoh blowing minds and claiming hearts are now far behind them, but then maybe they don’t have to do that anymore. What this is is undeniably, unmistakably and enjoyably a Sebadoh record, and that’s surely enough for anyone?