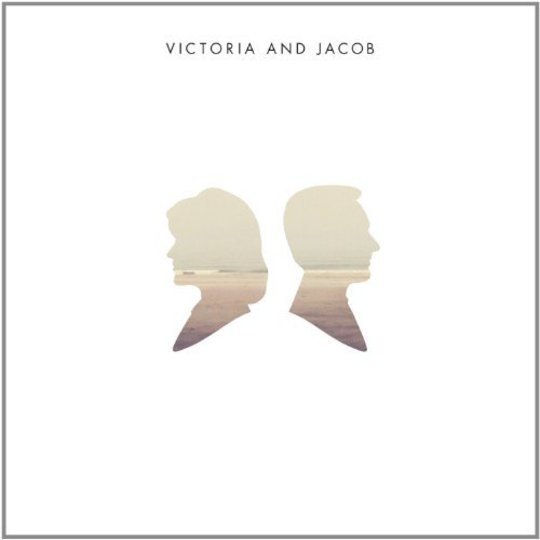 Nice. As words go, it’s simultaneously overused and unheralded. A tragically wayward choice of Christmas present may be blandly labelled 'nice' before an expectant, well meaning aunt ('Oh... a Fun. album… that’s nice!'), but a great many things are genuinely nice. And they’re often all the better for it. Marshmallows. The smell of recently cut April grass. David Tennant’s hair. Being nice is also, well, a nice character trait. Sure, it’s often deemed cooler to be dark, or edgy, or sexy, or bohemian, but everyone warms to nice. Nice has value. Nice is honest. Let’s face it: it’s nice to be nice.

The frequently bokeh wash of Victoria and Jacob’s debut album of indietronica brings such notions to mind, often in a pleasingly and fuzzy way. It’s nice like a bank holiday. At times it’s very nice, like a good hair day. It’s also nicely timed, with British electronica and dance duos enjoying a long, splendid summer as the triumphant returns of Boards of Canada and Fuck Buttons combine with the debuts from Alunageorge and Disclosure to make some waves.

V&J wouldn’t be the gregarious sorts to goof off in the surf with their young peers though; they’d modestly stay behind the windbreak on the beach reading paperbacks. Still, they’d definitely get the ice creams in. They’d also probably think to get two flakes. Because they’re nice.

Their coyness - it’s difficult to picture Victoria writhing about in hotpants on Later... - allows the duo to take the genre in a more homespun, indiepop direction reliant on electronics rather than acoustics. The record’s often laudable as a result. ‘Emily’s Song’ is a lost summer’s morning spent skipping stones as delightful vocal layers, both languorous and yearning, float down a stream of burbling, sighing synth flutes and a blooping, dead dial tone sample. ‘Cry Baby’ also gets a big tick with its stabbing and twinkling ministrations rubbing up against ornamental strings and shuffling rhythms. ‘Festival’ similarly takes the blissful, candy floss electronica and welds it to a shabby, 8-bit beat to prop up a tightly written pop song, Fleetwood Mac via Saint Etienne.

So far so nice. However, despite rightly realising that they also need a darker side, the duo has mixed results channelling the nastier stuff. ‘Theia Mania’ (a term reflecting a state of divine madness that stems from Greek mythology, fact fans) is a cool, earnest pulse of snaking, xx echo-chamber guitar and a trace decay of samples that, thanks to a chorus that blooms like a flower, manages to hit the mark. Yet it’s really the exception. The promising atmospheres of ‘Desire’, ‘Take Another Lover’ and ‘Believe the Boy’ all attempt a darkly romantic prowl that doesn’t really catch. They feel a touch too measured and come just shy of the starlit charisma needed to carry the ideas off. That’s where the record comes slightly undone, the more brooding elements not quite biting enough to amplify the tales of testing temptation and lying lovers.

That the songs glide by as innocuously as clouds paradoxically does a disservice to material that’s really teeming with countless little sonic ideas; a careful sheen of production can belie a legion of pleasing little shifts in instrumentation. This is a real strength on an offering that highlights how being nice is both laudable and undervalued. It’s just a shame that such virtues are only highlighted best in contrast and V&J can’t quite capture the grimier elements just yet. That restricts the record to being a qualified success in fusing electronica with indie - the texture of the former captured effortlessly, but the emotional heft of the latter a little stunted. That said, there’s no doubt that this is a hugely encouraging and promising debut.