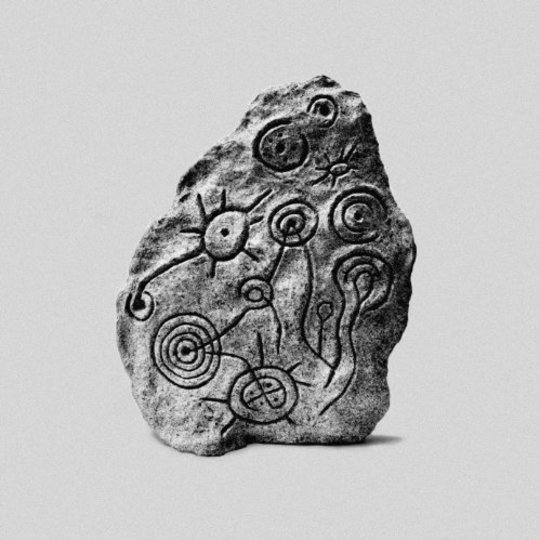 It has been seven long years since James Holden released The Idiots are Winning to widespread acclaim, with the Guardian dubbing it 'the most astonishing debut in electronic music since Boards of Canada’s Music Has the Right To Children'. Comprised of essentially three tracks, ‘Lump’, ‘10101’ and ‘Idiot’, and a lot of messing about (see ‘Quiet Drumming Interlude’ and ‘Intentionally Left Blank’), it was a short but brilliant statement of intent which the ensuing years of radio silence only served to accentuate.

Follow ups to explosive debuts have been the undoing of many an artist, a pitfall which can be side-stepped it seems by waiting for the best part of a decade to release the dreaded second album, as expectation is replaced by impatience. After the tease that was The Idiots are Winning, the 15-track body of work that is The Inheritors is a long overdue contribution from a producer with so much talent but such a criminally low level of output.

The ethos of Holden's Border Community imprint has always been to bridge the gap between bedroom and dance floor, but The Inheritors, like protégé Nathan Fake’s Drowning in a Sea of Love, almost eschews the latter altogether in favour of an introspective, emotional and hazy bedroom-orientated sound. The album resembles the 'ceilidh music, pentatonic folk scales, and ancient pagan rituals' which inspired it, not only musically but in effect as well. When Holden contributed to Marcus du Sautoy’s lecture on consciousness at the Barbican a few months back, he and three other musicians provided the closing segment, a blast of music wedded with flashing lights and imagery to produce a trance-like effect in the audience, and this idea of ‘trance’ has always been a central theme, which truly comes to the fore in The Inheritors, a modern pagan ritual of an album which transcends your consciousness, holding you in a dazed state.

The four highlights, lead singles ‘Renata’ and ‘Gone Feral’, title-track ‘The Inheritors’ and ‘Blackpool Late Eighties’, all hold this power in abundance. ‘The Inheritors’ begins with a nervous and repetitive melody and is soon joined by scattered percussion before palpably growing and descending into an epic sonic sweep. A lot of the track names reference the English landscape which Holden has found so inspiring, but his music is almost too big and otherworldly to evoke images of heather-covered moors, rather bringing to mind planets, galaxies and lots of sun-flare. Where ‘The Inheritors’ bristles with apocalyptic mirrored synths, penultimate track ‘Blackpool Late Eighties’ has a dream-like quality, its heart-aching melody slowly meandering around the understated beat in a hypnotic fashion. ‘Gone Feral’ is as aggressive as the title suggests, as layer upon layer of fierce growling synth and a distorted pounding beat grow to bursting point, creating a real sense of nervousness and unease and displaying once again Holden’s ability to really get under your skin. ‘Renata’ has the same sense of growth, but the animalistic threat is replaced with euphoria and beauty. It begins with a melodic phrase which repeats constantly throughout the track, growing in urgency with each loop that is added, particularly the live-sounding and drums which chomp at the bit and give the song real drive. Being one of the more ‘happy’ songs on the album, it still contains that all-pervasive wistful melancholy, and drips with emotion. Another notable song is ‘The Caterpillar’s Intervention’, featuring Zombie Zombie’s Etienne Jaumet, which begins suspiciously like Battles’ ‘Atlas’ before morphing into a wailing sax-filled jazz freak-out.

The Inheritors is infused with heavy doses of the Krautrock which Holden evidently loves, but is nostalgic without really belonging to any time period. The album is the latest salvo in Holden’s determined battle against being pigeon-holed, and mostly succeeds in sounding like almost nothing else around at the moment. Like so many of the best British artists, from Nick Drake to Joy Division, his music just overflows with repressed emotion, taking his influences and applying a heavy dose of grey clouds and drizzle.

The whole record has a transportative quality, and whilst it sags slightly in the middle it is nevertheless a truly impressive release, and unlike its predecessor actually works as an album. It is beautiful, ethereal and organic, breathing with life and is as far removed from the clean overly produced dance music which he holds in such distain. It has been a long wait, but on this showing it has certainly been worth it.