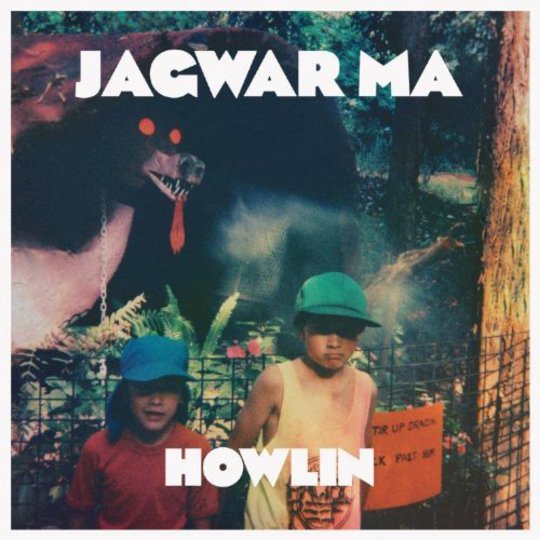 Sometimes we spoil it for ourselves. On the strength of just a few solid tracks we can place new bands on perilously vertiginous pedestals, sucking the air from their lungs before they've even taken a breath.

Gabriel Winterfield and Jono Ma's much vaunted collaboration, Jagwar Ma is a band that have been suffering from this lack of oxygen. Chatter doesn't amount to much if there's nothing substantial to back it up, Winterfield addressed this in a recent interview for Warhol's Children; 'I think hype can be dangerous if everyone is focusing on that and not actually the music. Like it needs to always be about the music...We’re not the second coming of anything, we’re just two dudes.'

'Two dudes' who have so far released a handful of highly infectious singles which hark back to a musical age which belies both their youth and geographical origins. Hinting towards at the dance-floor psychedelia of Madchester on 'The Throw', they also echo the cavernous production and shimmering harmonies of The Beach Boys on 'Come Save Me'. While it’s always entertaining to play spot the musical reference, with so many big labels being thrown their way, it's hard not to sense the pressure of releasing a record that has to live up to the burden of such buzz. It shouldn't come as a surprise then, if their debut Howlin', couldn't possibly meet expectations.

Except that it does. In fact it takes those expectations and crafts a heady, Technicolor patchwork of sunkissed music from them, on an album which may yet deep breath come to define the summer.

With a run of singles which revel in their own varied stylistic differences, there’s always the fear that their full length debut might end up as a grab bag of muddled influences. Yet, from the looping vocals, deep house beats and sub-aquatic breaks on slow burn opener 'What Love', right through to the low key shimmer, spectral guitar and sun dappled melodies of closer 'Backwards Berlin', Jagwar Ma make the transitions between styles and paces feel effortless. Pulling off that rare trick, a record where each track works in isolation, but also builds on its own apparent discordance. Creating something that is greater than the sum of its parts, every track a well layered gem and every layer contributing to the album as a whole.

Key to this success is a masterly confidence, knowing when to rein it in and when to let the rope lax, without dipping into self-indulgence. Keeping tracks like the vintage pop stomp of 'Let Her Go' or the electro garage rock of 'That Loneliness' short and to the point. While stretching out to allow more legroom for the pulsating shudder of Chicago house to develop on 'Four', or revelling in the bounce and squelch of 'Uncertainty'; its jangling skeletal guitar washed over with drowned beats, like the Sabres Of Paradise fine tuning a dub-remix of Electronic, circa 1991. Undoubtedly, it helps that Jagwar Ma have cherry picked the finest elements from their forebears, but they've converted them into something distinct. Expounded on gloriously manic tracks like recent double A-side, 'Man I Need'/'Exercise', the former a throbbing piece of guitar led psyche-tronica, which gently bleeds into the latter's stoned groove; muddy vocals and driving bass teeter and wobble, eventually giving way to a dub-soaked crescendo of acid house pianos and distant ‘Pacific State’-esque birdsong.

The accomplished sonic collages of Howlin' finely balance Jagwar Ma's influences and in doing so transcends into something singularly thrilling and cohesive. A psychedelic-electro-rave-pop hybrid, which might look to the past for inspiration, but in doing so creates something transformative with its inheritance. This is music which digs deep into your conscious and demands movement at an almost primal level ensuring that for now at least, while Jagwar Ma may not be "the second coming", they are the kings of summer.