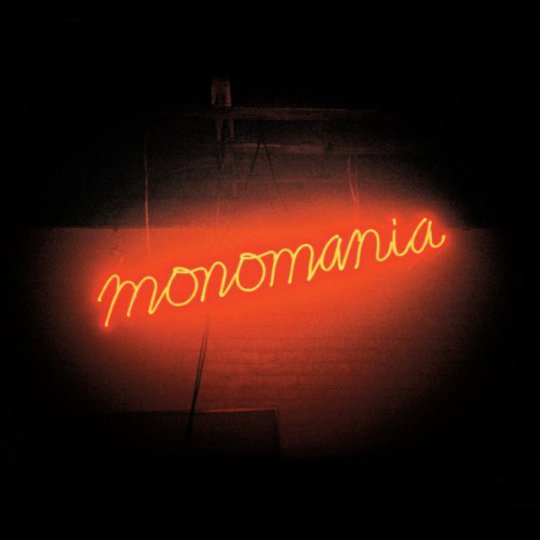 The unintended irony of Bradford Cox’s amusingly offhand slagging off of Morrissey in a recent interview is that the two of them are obviously peas in a pod, a pair of misanthropic, sexually ambiguous aesthete nerds who belong to an absolutely microscopic club of genuinely interesting musicians.

The difference between Cox and Morrissey (or David Byrne, or David Bowie, or Brian Eno) is that while they made their mark on the world early, as Cox progresses into his thirties he still has much to prove. Putting out something like eight good to great albums in five years, selling out Shepherd’s Bush Empire and being given your own ATP to curate are all fine achievements, but there was probably a kernel of truth in what those needy Morrissey fans were posting under the aforementioned interview, namely that for all the killer interviews, incandescent live shows and Best New Musics (8.9! 8.8! 9.2! 9.2!) – Deerhunter really aren't that successful.

Which is fine: lots of people who would make good pop stars don’t become them. But when your stock in trade is increasingly elegant, nostalgia-tinged music, when your once ferocious workrate has slowed to something like ‘normal’ and when your frontman's formerly outré solo project (Atlas Sound) has drifted towards singer-songwriter convention, one wonders if the opportunity to make a real, wider connection – a Document or a Merriweather Post Pavilion or a Funeral - may have passed.

And maybe it has, maybe it hasn't, but Monomania feels like an almighty pressing of the reset button, a raw, ragged, frequently very funny splutter of indignation that has a surprising amount in common with the band’s semi-disowned debut Turn It Up Faggot. Indeed, while I’m not sure this was the intent, Monomania often feels like both a figurative and literal attempt to write a new first record: the band don’t exactly sound young again, but they do sound energised, and certainly this is far and away their loudest set since TIUF.

Recorded to eight-track at high velocity, a sense of unified frazzledness binds surprisingly disparate songs: the sickly glam of ‘Neon Junkyard’, the chaotic squall of ‘Leather Jacket II’, the sort of, I dunno, punk skiffle of ‘Pensacola’, bleak, minor key shuffle of ‘Sleepwalking’, the Wurlitzer disco throb of ‘Back to the Middle’ and roared noise pop anthemics of the wonderful title track.

You might even call it Deerhunter’s most diverse album if that didn’t intuitively feel untrue – the songs definitely share a vibe, one Cox has handily summed up already with the soundbite ‘nocturnal garage’. The textures are dense but loose, acoustic guitars punkily thrashed to within an inch of their lives, then overlaid with squalls of feedback and other weirder noises.

Several songs in the first half seem to be intentionally tongue in cheek (the faux travellin’ blues of ‘Pensecola’, the raucous ‘Dream Captain’ with its refrain of “I’m just a poor boy from a poor family!”, presumably nicked from Queen). And several songs in the second half seem to be extremely dark, many obliquely referencing a disastrous relationship and one – ‘T.H.M.’ – concerned with a suicide. But with Cox's energetically barked delivery – a world away from the icy coo of the last couple of records – it all feels pretty peppy, with Lockett Pundt’s dreamy ‘The Missing’ the only moment the energy levels drop.

I guess rather than Deerhunter’s Document, Monomania is closer to their Monster, a fuzzy, noisy, raw record designed to blow the cobwebs away and shake things up a little. And it works – Monomania is a successful swerve off the increasingly sedate studio path the band were taking. It’s kind of sloppy, but it also sounds pretty astonishing cranked up loud, and despite the mixed emotional messages I suspect it’ll find its calling this summer as the band’s most fun album.

In all honesty, I’d love it if Deerhunter turned around and wrote an utterly sublime (9.3!) ambient punk anthem sequel to Cryptograms that sold whatever constitutes a lot of copies these days (50,000?) and turned Deerhunter into a band normal people had heard of. But it’d be pretty shitty if they tried that and failed (6.9!) - Monomania is a rejection of that narrative, one that booms with a healthy couldn't-give-a-fuck-ness. Maybe he will become the American Morrissey, but Bradford Cox has work to do before he becomes predictable.