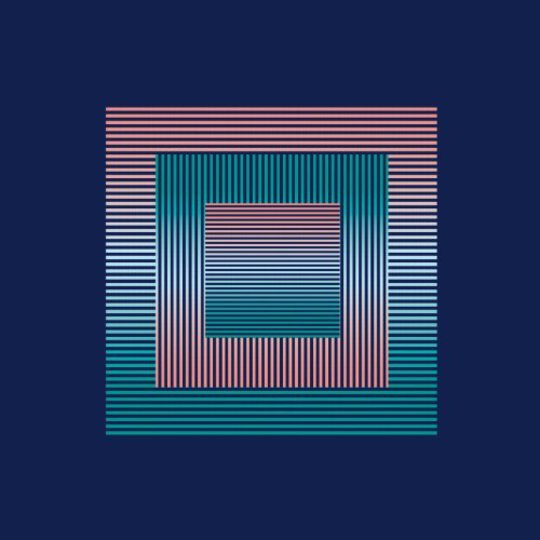 Young Galaxy are a Canadian national treasure. Formed by Stephen Ramsay and Catherine McCandless in Vancouver, they are currently long-time residents of Montreal. A five-piece band, they’ve quietly put out three albums of apocalyptic balladry to date. Young Galaxy’s craft examines why:

Ultramarine is their fourth album and is as apocalyptic as anything they’ve released; but it also offers the biggest rays of sunshine. It’s their finest release yet. Its predecessor, Shapeshifting, was menacing because it was so devoutly existentialist. It was recorded with Dan Lissvik of Swedish minimal electro-dub pioneers, Studio. This time however the band recorded live in Dan’s Gothenburg studio rather than their prior modus operandi of building an album over the web.

With this additional face-to-face contact and collaboration (the band lived with Dan whilst recording), this album focuses on the groove - big time. Young Galaxy have always possessed an indie aficionado's dream blend. They mix dark Seventies disco rhythms with the whimsical melodies of Robert Smith and Morrissey and flesh these elements with keyboard pads from the Nineties IDM sound. Now they also bring the sass of pure pop.

So as Ultramarine opens with current single ‘Pretty Boy’, those rolling disco modulations are immediately recognisable. They simultaneously energise and soothe. The track develops rapidly, folding in wistful strings whilst the arpeggios thicken. These lilting melodic phrases envelop McCandless’ voice lavishly. When she sings in the chorus “I don’t care if disbelievers don’t understand/You’re my pretty boy/Always” she sounds peaceful and content despite the ravages of the isolation described. It’s a great contrast that powerfully paints a bittersweet outsider romance.

‘Pretty Boy’ also demonstrates why Ultramarine is the next step up for the band. Its arrangements are stunning. The care that’s taken in the production and arrangement make the album feel intimate despite being sonically bombastic. If the XX made a disco album, this would be that pillow talk transposed to the dance floor. The band has always had fantastic songs but the arrangements on Ultramarine perfectly marries the feel of each song with its narrative.

‘New Summer’ is the band's finest moment to date. The verses lament stoically and from the first line McCandless (who is the sole singer on this release, Ramsay taking a vocal back seat) paints vividly with her words. She declares: “Here it comes again, the beautiful warm weather/Right before the end of everything, ever.” It’s a gorgeously barren landscape. The verses build and a piano blends in to push the bridges into crescendo. Then the choruses softly explode. “Hey, it’s a new summer/And we live, like it’s our last one.”

‘Hard To Tell’ rolls through gentle guitar riffs that are counter pointed by echo drenched keyboard lines. It sounds particularly close and confessional. Electronic hi hats clip under vast swathes of harpsichord keyboards and soft reverse reverb. Accordingly the chorus is euphoric, “Marry me/Under this tree.” The message remains simple. There’s no need to over complicate.

Ultramarine moves Young Galaxy from being a great indie band to being a great band, full stop. The songs profoundly move the body and the psyche in equal measure.