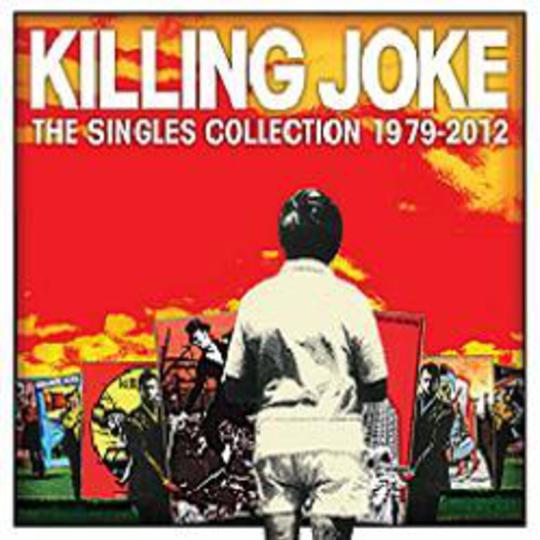 It's Thursday 25th March 1982. An 11-year-old me is settling down with the rest of my family waiting for Top Of The Pops, a weekly ritual back then for as long as I can remember. Squeezed in between the anodyne Bucks Fizz and slightly more interesting but still decidedly bland Laura Brannigan is a band featuring a singer who appears to be wearing a full Beekeeper's suit. Musically it sounds like nothing else these ears have previously been exposed to, even though The Exploited's Punks Not Dead and Feeding Of The 5000 sit proudly among my tiny record collection. The singer in question is Jaz Coleman, the band Killing Joke and the song 'Empire Song'. It's met with shrugged shoulders rather than wonderment or disdain by the rest of the household. For me it represents the start of a love affair that - a couple of disappointing albums around the tail end of the Eighties apart - has never been extinguished.

Formed in London just as the first wave of punk was breathing its last breath, Killing Joke may have practiced in The Clash's old rehearsal space by the Westway but that's about as much as they had in common. More experimental than the majority of their peers - the likes of Cabaret Voltaire, Throbbing Gristle and Fad Gadget would also be concocting visionary new sounds of their own around the same time - debut EP Turn To Red fused together elements of punk, funk and dub reggae across its three musical offerings. Already distinctive soundwise and potentially light years ahead of the meandering major label new wave acts clogging up the airwaves, the four-piece of Coleman, Kevin 'Geordie' Walker, Martin 'Youth' Glover and Paul Ferguson found a welcome ally in alternative radio legend John Peel. And the rest - as they say - is history.

Thirty-four years and 15 albums later, they're still a force to be reckoned with, both creatively and in the flesh, as anyone fortunate enough to catch their recent shows at London's Forum and Corby Rugby Club will attest to. Their self-titled first long player remains one of the most pivotal and defining moments in the history of underground guitar music, from post-punk to heavy metal and beyond. Not to mention their two most recent collections, 2010's Absolute Dissent and last year's follow-up MMXII, which reaffirmed their relevance as one of the most forward-thinking outfits on the planet even today. Absolute Dissent also heralding the first recordings the original line-up had put together in 28 years.

Nevertheless, as demonstrated by that unlikely appearance on Top Of The Pops (their first of four), Killing Joke can lay serious claim to being one of the most consistent singles bands over the past three decades. The Singles Collection 1979-1982 comes as two different packages. For the princely sum of £224 there's the Super Deluxe box set which collects all 34 of the band's singles and EPs as individual CDs. While a must for collectors, it's probably fair to say the average bypasser will be instantly put off by the price tag. Therefore, for the discerning but perhaps not-too-obsessive fan, there's also a limited edition featuring 43 songs spread across three CDs alongside a 32-page-booklet.

Even so, there are a few irksome omissions; the title track from their first EP, live favourite and early b-side 'Pssyche' and 'Change' are all conspicuous by their absence.

However, minor gripes aside, this is a concise anthology that's worth the admission fee for the ten-song rarities disc alone. 'Drug', taken from the soundtrack to 1996 movie Mortal Kombat: More Kombat highlights the band in their heavier industrial phase. 'Four Stations Of The Sun', another unreleased track dating back to the Democracy era further augments this. There's also three songs recorded during the Absolute Dissent sessions that deserve their place here. Despite its placing on the band's setlist during the reunion tour in 2008, 'Timewave' never made it onto the record yet still brims with sardonic vengeance even in demo form. 'Sixth Sun' and 'Feast Of Fools' also stand out magnificently, which suggests the foursome had difficulty whittling down its 18 demos to the 12 that finally made the cut on the album.

Elsewhere, the Paul Raven era is represented throughout, which acts as a fitting tribute to the late bass player, his diminutive presence a key ingredient of the band. Most notably during their most commercially successful period of the mid-Eighties, 'Love Like Blood', 'Kings And Queens', 'Adorations' and 'Eighties', whose riff was famously 'borrowed' by Nirvana for 'Come As You Are' sounding timeless as ever among such illustrious company.

With the likes of 'European Super State' and 'In Cythera' emitting a clubbier vibe amidst their industrialized beats to bring The Singles Collection... up to the present, it serves as a timely reminder why Killing Joke continue to be held in such high esteem. And with their sixteenth album imminent later this year, they're far from being a spent force even three-and-a-half decades after that first, groundbreaking EP.