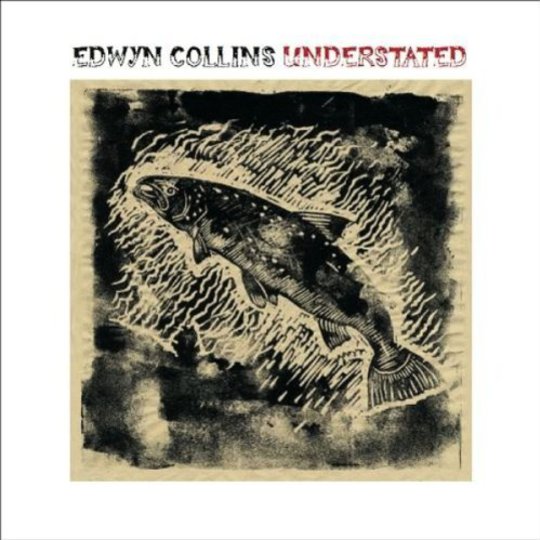 After his horrifying brain haemorrhage in 2005, it looked unlikely Edwyn Collins would record again - to do so has been a momentous achievement. Now, eight years on and three records later, Collins has never seemed so humbled, satisfied and resilient as on latest album Understated.

No longer flanked by guest musicians as on 2010’s Losing Sleep (Johnny Marr, Ryan Jarman, Alex Kapranos et al), Understated is an intensely personal record in which Collins sings candidly about his past and future - his near death experience and triumphant return. As such, the songs vary from fragile acoustic ballads to upbeat Northern Soul, with Collins’ deft ability to combine musical genres applied with appropriate confidence by him and his band. Whereas the last record often felt as though he was a guest on his own album, Understated sees him taking the helm, and it is the better for it.

As to be expected, Collins’ voice is now somewhat weathered and war-torn, sometimes just failing to hit the required notes, and the confessional lyrics are not always as strong as they were. In this case, however, both these elements lend themselves to an endearing and heart warming optimism that is at the core of the record- there is nothing that sounds hackneyed, lazy or stale here, even if various aspects are imperfect in a technical sense. Songs such as opener ‘Dilemma’ and ‘Too Bad (That’s Sad)’ have flaws, certainly, but this warms the listener to them rather than repels them. The songs feel honest - the product of a man who is genuinely happy to still be here; it is difficult to muddy this happiness with pedantry.

And it is a rare thing to find such lyrical openness. Songs such as ‘Forsooth’, ‘Down The Line’ and ‘Love’s Been Good To Me’ show particular frankness, the latter a soft, reflective lullaby that ends the record with warmth and humility, musing gently on love and loss, whilst the former pair reflect on Collins’ grateful feelings towards his fortune. Again, it is the honesty of the lyrics that is at the forefront here, something that is mirrored in the contemplative, understated performance by his band.

Great records are often reliant on their context. Heartbreak and social unrest are generally the main catalysts here; it is hard to imagine records such as Blood On The Tracks or It Takes a Nation of Millions to Hold Us Back without the tumultuous circumstances prevailing at the time of their composition. It is unusual to find a record that is born out of feelings of contentment, gratefulness and joy; Understated is one of these, and it is a rare and beautiful record- one that is made all the more special for the fact that it was almost never written at all. It is a joyous, emboldened return to form and one that reminds us of what a treasure Edwyn Collins is.