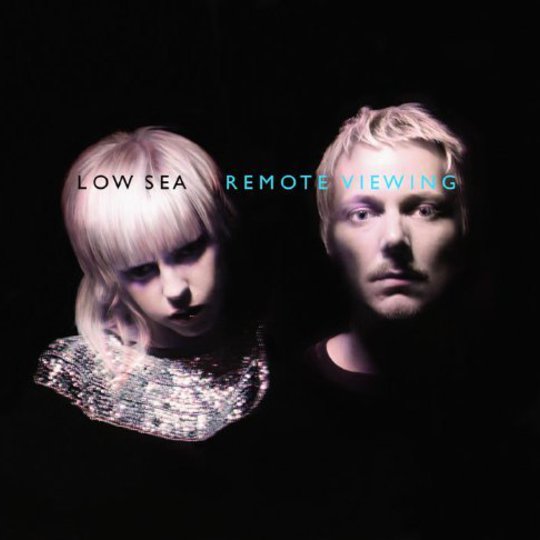 Low Sea’s first full-length debut album is the pivot – the point to turn back, reconsider, admit the mistake and let the current approach fall away.

Music needs ambience and a big back-story these days. Music alone is not enough and people need a coordinated, holistic, experience to part with their cash, to believe that the act they’re listening to offer a lifestyle and not just some tunes. Bands not only need to sound appealing but the look means everything too, more than ever before.

So can you have a serious stab at selling music just by looking the part? Low Sea certainly think so, or hope so, as the music here doesn’t have the weight to carry their fringes.

This debut, Remote Viewing, attempts to invoke a sense of terror but fails. It is grim, though, as everything here is so thin, disposable and non affecting. Melodies are burbled, barely pronounced and delivered with a sense of nonchalance that masks a voice not built for singing.

As a duo Low Sea have two big problems: monotonous keyboard lines courtesy of Bobby D and uninteresting vocal lines from Billie. Her singing constantly feel strained. It starts on a bad foot too. An initially intriguing echo laden guitar becomes victim of reverberating synths that repeat a three-chord pattern. Then the vocals come in. Delivered with wobbles and breaks it could be Patsy Kensit at a casting call for a role as Sam Fox. The chorus does actually thicken musically but there’s no voice to run with it.

This feels like bad acting. These are attempts at pretending to be a band. The second track, ‘Sentimental Games’, is delivered with such a one-note constitution that there’s nothing to engage with. As Billie sings “I like early afternoons” there’s no way this line can be believed, then she says “and I like the rain”… ok, maybe this line resonates a little. By the time the half chorus of ‘When I’m Feeling Down’ has hit, rather unpleasantly, the best thing to do is turn off. If they can’t be bothered to do more than offer half a chorus, why bother applying the effort of full attention?

There are other bands doing this better. There have been other bands doing this better for a long time. Many of those bands are cited as influences to Low Sea. Valleys, for example, create anxiety and insecurity but make it engaging and encourage empathy to establish a connection. It’s hard to know who would connect with this. People who like the idea of moody music but who don’t care about music itself?

The Low Sea probably do care about music - but you couldn't really tell that from Remote Viewing.