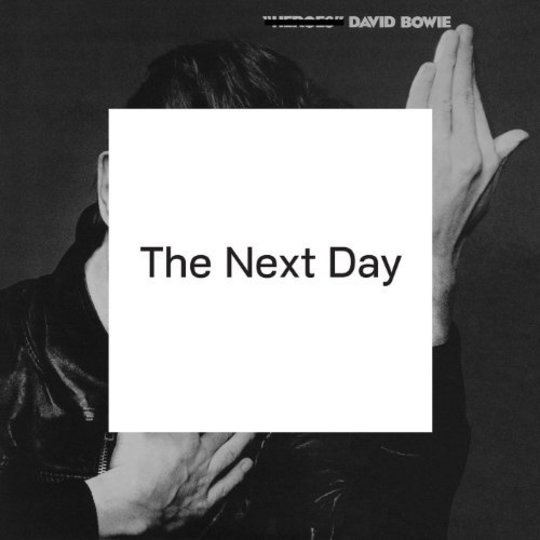 David Bowie’s real late career comeback – as opposed to the skilfully orchestrated media orgasm we’re currently living through – actually came in 2002. That was the year he released Heathen, the album on which he waved goodbye to the endearingly prolific dilettantism of his Nineties and reinvented himself as… David Bowie.

Reuniting the former David Jones with long-term producer Tony Visconti, Heathen was a set of tuneful, finely wrought art-pop/rock songs that reenergised Bowie’s long-suffering fanbase, restored his commercial fortunes and hooked in some new fans too.

It wasn’t necessarily the best record of his post-Let’s Dance years. But it was the most reassuring, ditching genre experimentation in favour something like a core Bowie sound. There was an air of effortlessness about it too, and the sense that the ultra-productive ‘old’ Bowie was back was sealed by the following year’s Reality, a lighter but still strong record that essentially boasted the same core strengths as Heathen.

Whether the fact that people liked Heathen has any bearing on the froth-mouthed praised being hurled the way of The Next Day, Bowie's twenty-fourth album, is a bit doubtful. But if you’re finding the storm of fanboyism a bit much to deal with, you might find it easier to disregard the gap between records, the genius marketing campaign and the terrifically cocky cover art and just treat The Next Day as a continuation of his late mini-renaissance.

Because make no mistake: it may not live up to the more lurid hyperbole being chucked its way, but The Next Day is a bloody good album. A better one than Heathen or Reality, too – harder, darker and more muscular, and not filled out with covers.

The terrifically forceful opening title track is as close as Bowie gets to acknowledging his long absence – the chorus line “here I am, not quite dead” is surely a wink at rumours about his health, but his vocal turn would seem to refute all that – it is incredibly loud and vigorous, at one point smashing through his usual stately baritone and breaking into his full Ziggy-era vibrato for the first time in decades. But the oppressively spiralling guitar line and surreal lyric about a murderous religious mob brook no suggestion that this is a ‘hey guyz, Bowie's BACK!’ moment of grandstanding.

If there’s anything other than a nod to his disappearance from public view, it’s a certain lyrical revulsion to fame: on ‘The Next Day’ he seems to be imagining himself as an icon turned on by his followers; the deliciously droll ‘The Stars (Are Out Tonight)’ portrays celebrities as sexless otherworld entities, jealous of humanity; and ‘Boss of Me’ is a strangely unpleasant love song, the chorus of “Who'd have ever thought of it, who'd have ever dreamed, that a small town girl like you, would be the boss of me?” drawled out harsh and hard, arrogant rather than romantic.

Coupled with the years of absence, face-erasing album artwork and refusal to speak to the press, you’d almost think Bowie had become genuinely disenchanted with the limelight… were it not for how seismically attention-grabbing it all actually is.

Still, this is a genuinely dark record: the guitar-led music is dense and dissonant, the lyrics opaque, and there are a couple of seriously spooky moments – the horn-slashed ‘Dirty Boys’ sounds like one of the slower, odder songs off Iggy Pop’s Bowie-produced The Idiot, while ‘Heat’, with its unsettling “my father the prison” refrain sounds like Reality highlight ‘Bring Me the Head of the Disco King’ if it had been locked in a room for the last decade and left to twist itself into something menacing.

But if The Next Day often seems almost self-consciously edgy with the odd very deliberate nod back to past work, it’s very definitely cut from the same hooky, guitar-centric cloth as Heathen and Reality: ‘Love Is Lost’ offers a sleekly symphonic chug; ‘Where Are We Now’ is the lovely moment of sun-dappled reflection; ‘How Does the Grass Grow?’ marries a joyously galloping verse to a “ya ya ya ya” chorus based, oddly, upon the riff of The Shadows’ ‘60s hit ‘Apache’; the souly‘(You Will) Set the World On Fire’ is easily the most genuinely catchy thing he’s written since the Let’s Dance era.

There are no duds here, though Bowie definitely misses the hipster mark on occasion: ‘Valentine’s Day’ aims for glam but arrives at Britpop; ‘I’d Rather Be High’ comes across like a underwhelming homage to his old friend John Lennon; and ‘If You Can See Me’ offers a faintly alarming – if actually quite successful - throwback to his drum’n’bass days.

So there we are - The Next Day is only a little better than its two predecessors and probably only Bowie’s best album since Outside, but that’s not to knock what is easily the best mainstream art pop record of recent times. Perhaps Bowie’s biggest achievement – and greatest piece of artistry – is to recapture the Zeitgeist so assuredly with the release campaign that will surely propel The Next Day to the top of the album charts on Sunday. But all would be for nought if the music was no cop, and there is unarguably life in the old dame yet.