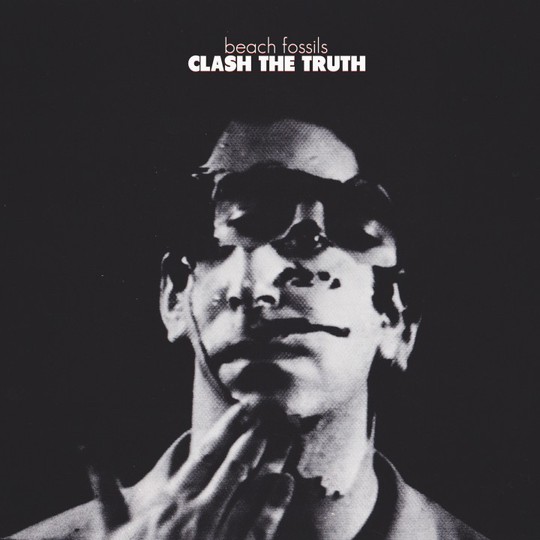 Clash The Truth is an album that was destined to be completed no matter what obstacles stood in the way. So when Hurricane Sandy flooded and literally destroyed parts of the Python Patrol studio building where Beach Fossils were busily recording their second LP, all of their resolves were tested.

Having started life as a solo project for singer, songwriter and all round musician Dustin Payseur, Beach Fossils have developed into a fully-fledged band. This despite shedding numerous band members; Diiv's Z Cole Smith and a revolving cast of 12 drummers being among that number. But Payseur has managed to hold down a steady line-up for the foreseeable, although admittedly only he and current drummer Tommy Gardner feature heavily on the record. Indeed, Gardner was involved in the writing process, which in itself is something of a novelty compared to Payseur's previous insistence on complete creative control.

The input of producer Ben Greenberg cannot be underestimated either. Rather than continue to plough the lo-fi DIY furrow which characterises the majority of Beach Fossils' previous releases, Greenberg's intention to capture a more enthusiastic and aggressive sound appears to have paid dividends. While not exactly a punk rock record in the most pedantic sense, there's a twisted fury and dynamic spark raging throughout Clash The Truth that sets it apart not only its predecessor, but many of Beach Fossils' Brooklyn-based peers.

It only takes the first few seconds of opener and title track 'Clash The Truth' for this new found catharsis to emerge. With an intro lifted from the Sex Pistols' 'Pretty Vacant', Beach Fossils appear to have followed Cloud Nothings' lead and left their twee associations outside the main gates. Vitriolic, punchy and straight to the point, t takes the structures from the self-titled first record and subsequent What A Pleasure EP and wraps them in barbed wire. The only similarity linking Beach Fossils' past life and present incarnation would be Payseur's vocal, once again doused in reverb and heavily distorted in the mix.

The pace that quickens to the point of relentless at times; 'Generation Synthetic' and 'Shallow' both display a sense of urgency and technical nous that undoubtedly rendering Beach Fossils a fiercer proposition than previously given credit for.

There are occasional forays into the jangle pop odysseys of old. 'Birthday' fuses a simple three-chord melody with atmospheric layers Kevin Shields would have been proud to call his own once upon a time, while the dreamy instrumental 'Ascension' which segues into 'Crashed Out's ambient melancholy makes for a flawless finale.

Prior to that, 'Caustic Cross' raises the decibel count at least a dozen notches higher, Payseur's vocal seemingly decreeing his bleeding heart as furious loops of feedback wash the song's final third into oblivion. Meanwhile 'In Vertigo' swoons delicately as Payseur and Blonde Redhead's Kazu Makino coo incessant harmonies not a million miles away from Kurt Ralske (aka Ultra Vivid Scene) and Kim Deal's 'Special One'.

Overall, Clash The Truth isn't so much a departure from Beach Fossils' playful innocence as a more a mature statement of intent documenting Payseur's coming of age as both a musician and songwriter. The next instalment should be very interesting. Watch this space...