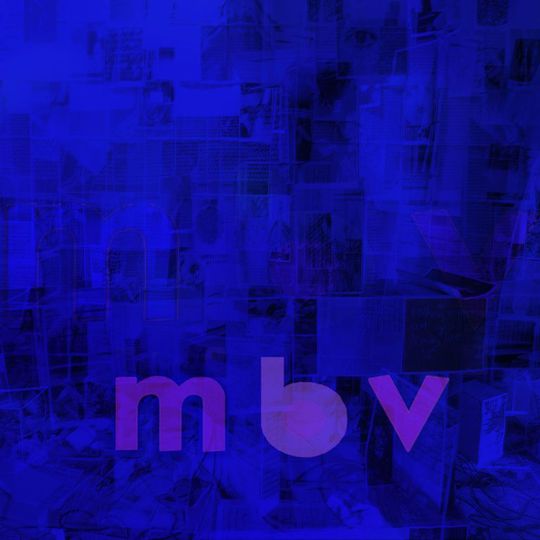 In 50, 60 years’ time, there will almost certainly be nobody left alive on this planet who gives a blind fuck that there was a 22-year-gap between My Bloody Valentine’s second album Loveless and their third album, m b v.

Indeed, there are probably plenty of people out there who have purely listened to m b v off the back of the storm of internet slathering surrounding its ‘surprise’ release, and are consequently yet to even hear Loveless. And as for you: the odds are very strong that, like me, your first encounter with Loveless was years after its 1991 release, and that your wait has, at the very least, been less than two decades.

The point is, anyone fretting over whether m b v represents a sufficient degree of ‘progress’ from its predecessor should probably stop worrying: it's the next My Bloody Valentine album, is all – those guys in 2073 really will not care about the gap.

And, for the most part, it’s a splendid album, one that backs away from the occasionally intimidating perfection of Loveless to offer up a looser, more eclectic set that would seem to suggest that Kevin Shields has not, in fact, spent the entirety of the last two decades listlessly tinkering with his flange.

The nadir, such as it is, comes straight away, with opening track ‘She Found Now’. On one level, there are almost certainly bands who’d sacrifice their drummer just to be told which combination of effects pedals unlock the song’s blissfully shimmering textures. On another, the track pretty much hurls itself headlong into self-parody, from the hilariously standard-issue MBV name to the utterly meaningless lyrics that have, for some reason, been put near the top of the mix so that everyone can revel in Kevin’s observation that “you wonder how that you found out”. The music is lovely, of course, but the gently melodic drift of feedback isn’t exactly overburden with hooks.

Fortunately, things start going extremely right with second track, ‘Only Tomorrow’ (though seriously, what’s the deal with these titles? They used to have alright ones). Shields’ CV as a guitarist often seems to be one great act of disguise – from ‘You Made Me Realise’s disorientatingly blank wall of sound to noises on Loveless that barely sound like they could have been made by human technology, let alone an 'umble six string. ‘Only Tomorrow’, though, is almost endearingly earthbound, Bilinda Butcher’s blessedly indecipherable voice nurturing a fuzzy, lolloping chug of guitar that proceeds to lazily grow and sprout wings over the song’s near seven minute duration, finally ascending to a sort of stoned merriness as reaches its meaty apex. It just sounds really nice, which is obviously a terribly imprecise thing to say, but – and this goes for next track ‘Who Sees You’ as well – it feels like Shields has eschewed ethereal perfection and just jammed out something that sounds enjoyable.

A pleasant, keyboard-drenched mid-section again feels informed by a desire to present the listener with nice sounds that they’ll probably like: ‘Is This And Yes’, which as far as I can tell feature no guitar or bass, is simply a lovely pinwheel of keys over which Butcher gently coos out what may or may not be actual words; ‘New You’, aka The One That They’re Actually Playing Live, sounds like a comforting retro advert jingle fed though an FX peddle.

Perhaps the biggest problem with the album’s extremely likeable first two thirds, is that its comparable cosiness – and let’s not forget, this is a band who have always walked a strange line between unabashed tweeness and extreme noise terror – is indisputably eclipsed by the extraordinary trio of songs that close m b v.

Loosely speaking, ‘In Another Way’, ‘Nothing Is’ and ‘Wonder 2’ all meld raw, rhythmic, jungle-style drums with ravening screeches of feedback tempered with more of those nice keyboards. ‘In Another Way’ is the prettiest, synthiest and most melodic, with an icy melodic sensibility not a million miles away from early Gary Numan; ‘Nothing Is’ is the really fuck you one, an instrumental where the pumping drums ricochet busily off an ugly, kinetic wall of distortion; ‘Wonder 2’ is the out and out act of genius, frantically skittering dance rhythms ping ponging violently off kinetic roars and whooshes of weird guitar sound; it is sense-overloadingly brilliant, m b v’s apex, culmination and clear highpoint.

The album’s major problem, more than anything, is that such a flabbergastingly brilliant end stretch hints at a better record that might have been, a furiously abrasive set of drum’n’gaze (sorry) that would have completely blindsided all of us, rather than the enjoyable grab bag of dreamy old and in yer face new that we in fact get. Nonetheless, I suppose worrying about such things is falling into the trap of thinking too hard about WHAT THIS ALBUM MEANS. The album means nothing more than this: there are three My Bloody Valentine albums. And they’re all just peachy.