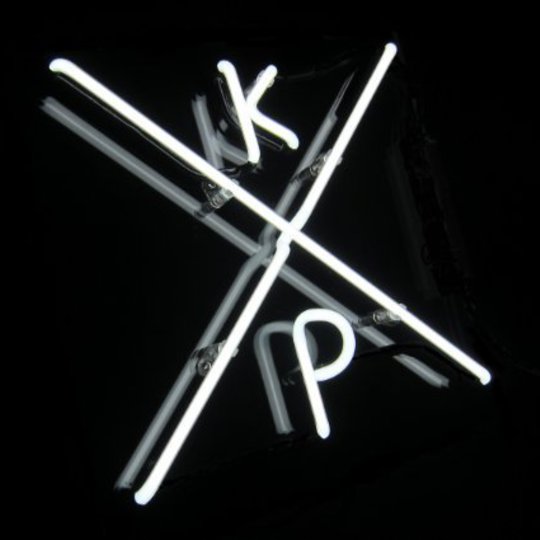 Getting to the heart of a record can be a tricky business. Some bands create music so guarded, so locked down in metaphor and musical double-speak, it’s impossible to translate what the fuck is going on. Others, of course, go down the opposite path. Their themes and melodies are so blindingly obvious, you end up searching for some inherent, subconscious meaning that must surely – but usually doesn’t - exist beneath the layers of humdrum pedestrianism.

In a way, K-X-P’s latest longplayer lands on both sides of the coin. On first spin, II is as predictable as is it comes; a pitch black spectrum of satanic chants and chimes that straddle the more rampant throes of krautrock. Yet once the skin begins to loosen, once the flesh is revealed and the pulse starts twitching, what transpires is a rich, multi-faceted delve through a gauze of style and sounds; a record that shovels a brutal punch of techno, post-rock, free-jazz and scarring electronica straight down the ear-canals.

This shouldn’t really come as a surprise. The Finnish quartet’s self-titled debut was a masterstroke of rhythmic, primal splurges charged with duelling drums and indecipherable vocals. Remarkably, its successor takes two steps forward, easing poppier swells within those impenetrable squalls. Ear-bleeding moments still exist – the band’s rabid dog soul finds a way to bite through the ethereal overtones of 'In The Valley' – but they’re executed at more agreeable angles.

II, however, is no gentle sail down the mainstream. Any such notions are quickly ditched in a breathless opening run. ‘Melody’ is a motorwaying drive of basslines and synthesizers that judder like Dan Deacon after a psychopathic makeover. Its follow-up, ‘Staring at the Moon’, is even more epic; rushing out as a paranoid cinematic sweep of unhinged percussion and skittering keys, while the line “and that’s the way it always is” loops into a frantic, hyperventilating mantra.

What’s perhaps most striking about II is it deep sense of ritual. Cuts like ‘Flags & Crosses’ and ‘Tears’ weave a trail of melodic twists and hymnal chants that congeal like a concentration of hypnotic, deeply animalistic urges. The depth-charged prog and complex time-signatures of ‘Magnetic North’ escalate the occultism to higher levels, with a slithering vocal gleefully reciting “for those who are bored, Satan is Lord” amidst a babble of cheering kids. Tongue in cheek it may be, but such feral narratives add a dash of drama to the ceremony.

And that’s exactly why this album won’t appeal to everyone. II is a propulsive, unrelenting composite that doesn’t know what it is, nor does it care. What K-X-P are dealing in is label-less music; complex, iron-gripping sounds delivered with towering bombast. It should be a mess. It should be unlistenable. But it’s not – it’s extraordinary. Why? Because once you’re at the heart of this album, somehow, it only feels like the beginning.