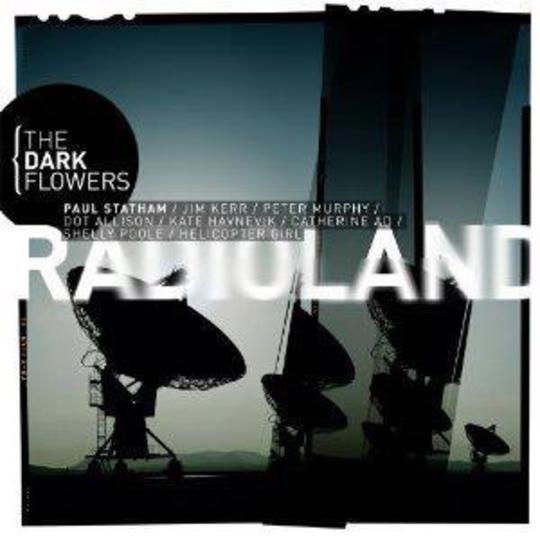 When American author and playwright Sam Shepard published Motel Chronicles, a collection of poems and memoirs depicting the first 40 years of his life, little did he know it would end up influencing the subject matter for a concept album three decades on. However, that's pretty much how the story begins. Acclaimed songwriter Paul Statham, whose credits include the likes of Kylie Minogue, Dido and The Saturdays not to mention being a founder member of Mansfield's finest post-punk new wave outfit B-Movie, came up with the idea for Radioland back in 2009 while reading Shepard's award collection. All he needed now was to find a group of like-minded artists willing to assist him in makingg his latest project a reality.

In allowing each contributor a degree of creative licence in how they choose to individually interpret selected excerpts and passages from Shephard's novel, Statham's project has avoided falling into the trap where everything feels the same and one size fits all. Instead, governed by a musical backdrop that takes its inspiration in equal parts from Brian Eno's Another Green World, Bon Iver's For Emma, Forever Ago and Bruce Langhorne's soundtrack to Peter Fonda's 1971 cult classic The Hired Hand, Radioland provides a multi-dimensional insight into both its creators and muse's psyche.

Somewhat unfortunately sharing its name with 'York's most respected indie covers band' (their words not ours), The Dark Flowers is a fitting moniker for such a lavish adventure in melancholy. Musically coerced as a 'dark country record', Statham contributes all kinds of instrumentation, from slide guitar and banjo to the occasional orchestral accompaniment, each of Radioland's twelve pieces inserting their own characteristics upon Shephard's largely autobiographical texts.

The opening title track - one of three contributions Jim Kerr makes to the record - dips its toe into Bowie-esque waters. "I know a boy who played guitar" narrates the Simple Minds frontman over a simple acoustic melody, setting the scene impeccably. Shelly Poole - also featured on Radioland three times - and Charity Hair's luscious harmonies on 'All The Time Running' elevate its maudlin subtext into one of the album's key moments. Likewise 'Blue Eyes Are Cheating', another of Jim Kerr's contributions and arguably the finest four minutes he's put his name to since 1998's Neapolis long player.

"I hope you'll be waiting for me at the end of the night" coos Kate Havevnik on the delicate 'Fast Forest Rain' like a lovelorn Kim Deal, while the lilting tones of Catherine A.D. lend a sinister undercurrent to lines like "I look at you it's hard to focus, I wonder if you ever notice?" on 'Aim For The Heart', Radioland's midpoint. The chiming lullaby that is 'Candle Is The Ring' marks Helicopter Girl's return as one of these isles' most underrated vocal projectionists, while Peter Murphy's charismatic performance on 'Clean Break' ("Am I alive or dead?") is befitting of his almost legendary status.

At times subtlety infused with sadness can be difficult to bear; Dot Allison's brooding lament 'Diamonds On The Snow' and the equally tearful Catherine A.D. ballad 'No Trains Stop Here' suggest Shephard's mostly upbeat novel wasn't just an exercise in self-effacing bravado. Of the remaining compositions, Shelley Poole's 'When Stars Fall' and 'Cellophane Girl' brighten the mood somewhat, the latter proving uncannily reminiscent of Natalie Imbruglia's 'Torn'. By the time Jim Kerr closes Radioland via 'Where The Wild Things Are' it almost resembles the final scene of a screenplay adaptation, which may well be next on the agenda. What's more befitting of Radioland is that it immediately persuades the listener to seek out a copy of Motel Chronicles while basking in the collective back catalogues of some of the finest artists to grace British music over the past 30 years.