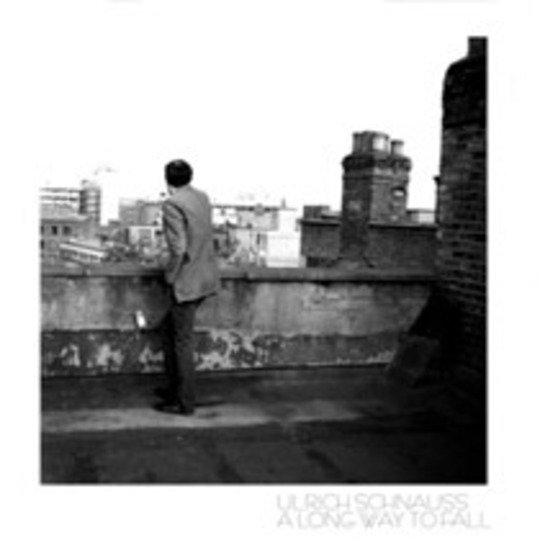 Keyboard genius-cum-producer, remixer and sound engineer Ulrich Schnauss has been an institution in shoegaze-related circles for the best part of a decade now. Aside from putting out three albums worth of solo material, his most recent contributions to other artists' works include production duties on Exit Calm's self-titled debut, remixing Pet Shop Boys most recent single 'Memory Of The Future', and playing keyboards with Engineers. Indeed, last year's Underrated Silence long player saw Schnauss collaborate with Engineers main songwriter Mark Peters on a record that brought the best of both worlds together in one tranquil melting pot.

It's no surprise, then, that almost 12 months to the day since that record's release, Schnauss has returned to the fray once more, delivering his latest opus. A Long Way To Fall could be described as a concept album of sorts, its creator describing it as a record which "celebrates the synthesiser while retaining a human quality and open structure." In some ways a marked departure from the signature sound sculpted on many of his previous releases, A Long Way To Fall owes more to the ebullient flows of Trans Europe Express and more minimalistic exponents of modern day techno like Autechre than the reverb-laden sound he's become accustomed with.

While not exactly a throwback to the more experimental days when electronic music was at its most embryonic stage, A Long Way To Fall heralds a new horizon for Schnauss. Year zero even, and most definitely a platform to build from, its a diligently orchestrated and mostly cohesive collection that while rarely shifting in pace or direction, never loses its sense of balance of coherence either.

With all but one of its ten pieces clocking in over the five minutes mark, there's quite a scenic undercurrent to the majority of A Long Place To Fall. Perhaps best augmented on the opening couplet of 'Her And The Sea', its swooping synths segueing almost seamlessly into 'Broken Homes' and its delicate tones. Occasionally bordering on the cinematic - take the ornate monolith of the title track or dark Boards Of Canadaisms displayed on album midpoint and standout track 'A Forgotten Birthday' - A Long Place To Fall might not be outlandish enough to acquire Ulrich Schnauss an entire new legion of fans, but those discovering him for the first time could find far worse places to start.