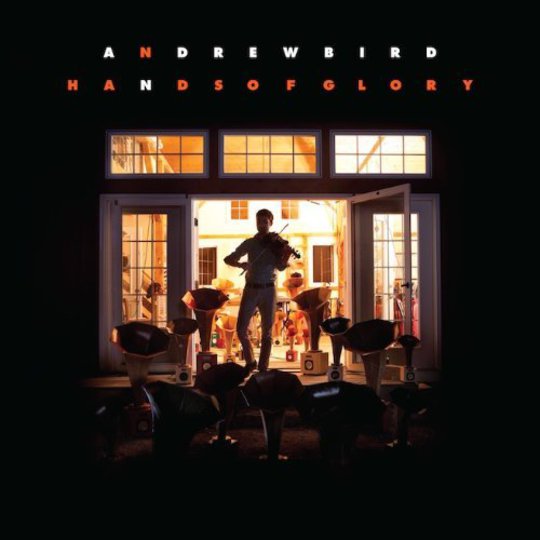 Back at the turn of the year, Andrew Bird’s seventh studio longplayer Break It Yourself was released to the usual clamour of praise. By resisting the urge to execute his usual repertoire of musical back-flips, pirouettes and double rolls, the Illinois-born songsmith landed an album with mass-appeal. Add to this his whistle-lipped mentorship of Kermit in the Muppets' latest box-office smash, and you could say it’s been a pretty good year for Mr Bird.

So his decision to close out 2012 with a collection of covers, outtakes and reinterpretations is, frankly, a little peculiar. Not that Hands of Glory represents anything to be alarmed about. But there’s something rather limp - half-hearted, even - about the way these eight cuts have been compiled, composed and executed. Instead of being a dimension-adding companion to Break it Yourself, all this mini-album does is close a loop that had already concluded.

Despite its failings, Hands of Glory is not without charm. The curtain opens with the delicious 'Three White Horses', a lolloping, warbling lament that finds Bird in reflective mode, commanding - “Tell me what’s so easy about coming in to say goodbye”. Musically it’s more rustic than the polished Break It Yourself, and there’s enough here lyrically to deduce this particular songsmith isn’t as comfortable toying with spotlight as he appears.

Such depth, however, never lasts. From here we trundle into a country-slash-blues melee that blends the dark, steel guitar lines of The Handsome Family’s 'When The Helicopter Comes' with Railroad Bill’s hay-bailing, dungaree-donning, fiddle-fest. If Mark Lanegan was scraping his ragged baritone it may make some semblance of sense. But this is Andrew Bird – a man of subtle and noble intonation - and he labours under the strain of this glorified barn dance.

Moments of quality do intersperse these drags. 'Spirograph' showcases Bird’s ability to compel through word play and nuanced guitar; while the minimalist styling of 'Orpheo' is a spacious refrain that bests its full-album sibling, 'Orpheo Looks Back'. Yet, as if to purposefully undo this good work, 'Beyond the Valley of the Three White Horse’s nine-minute re-interpretation of the record’s opener crashes somewhere between artistic overindulgence and cutting-room indiscipline.

As ways to close the year go, there’re probably better ways to see out 2012. But in this season of goodwill and retrospect, Andrew Bird has acquired enough credit over the last 12 months to deserve the benefit of the doubt.