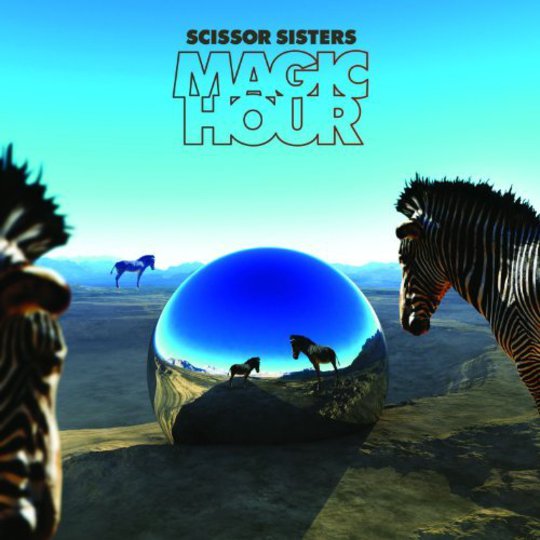 Once upon a time, Scissor Sisters were the pop band it was cool to like. Chiming with Brandon Flowers’s dubious taste in guyliner and the homoerotic thrills of Franz Ferdinand’s ‘Michael’, their brand of ultra-brash camp was considered semi-credible. So much so that they even lent their respectability to V Festival by co-headlining the traditional boreathon alongside Alex Kapranos and co. Then along came the lad rock revival and an endless stream hetero-centric club bangers relegating what little appetite there was for celebratory kitsch back to the realm of the Eurovision Song Contest.

While Britain moved on, Scissor Sisters remained a resolute bunch of Elton John enthusiasts. Something it’s hard to blame the New York-based collective for given the amount of fun they always seem to be having. If you had choice between partying with The Weeknd or Jake Shears, you’d be a fool to plump for the drunk sex pest who is most likely slouched in the club’s corner harassing an ex through his Tumblr blog.

So accepting Magic Hour for what it is - that’s a record light on substance but packed to the rafters with melody - there are plenty of cheap thrills to get jiggy with. The fourth Scissor Sisters album centres around the cheeky double-entendres of ‘Let’s Have A Kiki’ and ‘Shady Love’. One features a spoken word intro beginning with the phrase “Ooooooooh she’s been a bitch tonight”, the other an Azelia Banks guest slot where she does the singing and Mr. Shears does the rapping.

This filthy, gorgeous combination of outrageous irreverence is utterly refreshing when compared to the personality-free rave-by-number fare of Tulisa and Jessie J. So it’s a shame that the personality-free rave-by-numbers fare of ‘Only The Horses’ not only made it onto Magic Hour but was selected as its lead single. No prizes for guessing who co-wrote it, his name begins with a ‘C’ and ends with an ‘alvin Harris’. The drab ‘Year of Living Dangerously’ and ‘The Secret Life Of Letters’ aren’t much better but ballads never have been the Scissor Sisters’ strong point.

They’re much better served by the piano-lead stomp of ‘Baby Come Home’ or the house-tinged ‘Self Control’. The Boys Noize-produced ‘Keep Your Shoes On’ is also a great nonsensical blast of wonky synth and sexually charged lyrics. With a roster of John Legend, The Neptunes, Diplo and Stuart Price behind the album, you can’t help but wish for more instant hits to lock onto. The likes of ‘Best Of Me’ and ‘Inevitable’ are tuneful enough but not the kind of songs worthy of what must be an imminent Best Of collection.

That’s Scissor Sisters for you, they’d be infuriating if it weren’t for the force of their full frontal charm offensive. When the time comes for a vampy band to commandeer the charts again, they’ll be there and our toes will still be tapping.