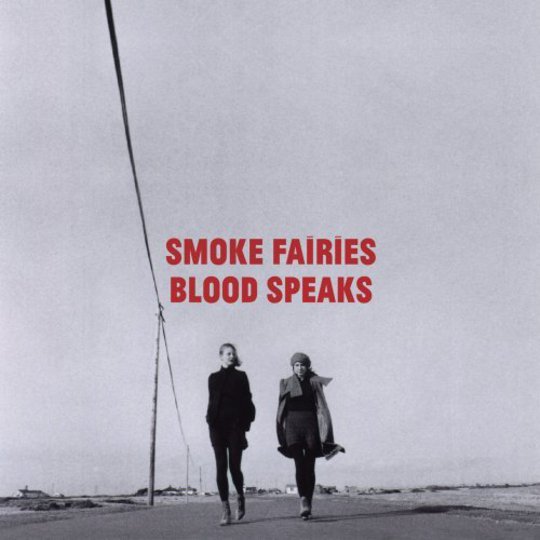 Much has been spoken about Smoke Fairies’ geography. Jessica Jones and Katherine Blamire might hail from Sussex but they’d equally call America their home: they got their big break at SXSW and lived in New Orleans for a number of years before releasing their enchantingly folk-ish debut Through Low Lights and Trees. Ever since they’ve acquired seeing an ever-increasing fanbase, most notably Jack White, who liked them so much that he released one of their singles on his Third Man Label in 2009 and also invited them to support him on this year’s solo tour.

You can still see clearly here, on their second full-length, why White liked them so much. There’s ‘The Three of Us’ for example, its heavy bluesy guitar bearing the slightest resemblance to The Stone Roses’ ‘Love Spreads’ whilst keeping the pair’s usual autumnal tones. Older fans find it a departure - in the album’s press release, Blamire said: “We’ve become more confident in what we’re doing, and so we’ve pushed things a bit more. We’ve gotten bolder with the dynamics, and our influences have broadened.” Admittedly though, the track does feel a bit mismatched compared to the LP’s other sauntering folk songs.

Not like that matters here though, especially when you get songs of the quality of the ghostly strings of ‘Feel it Coming Near,’ the ethereal ritualistic chants of the title track or the PJ Harvey moodiness of ‘Version of the Future.’

In the latter track, they glumly touch upon broken dreams (“There’s a version of the future hanging close above my head / I can’t get to it”) and it is similar melancholic themes throughout which betray the pair’s otherwise calm and pure dulcets. ‘Awake,’ like its lilting instrumentation, takes an almost ghostly take on loss (“Are you awake? / Do you feel the space that was once felt by me?"), whereas ‘Daylight’, with its swaying keys and sweeping percussion, mournfully contemplates an existential crisis (“Is this the year we lost our direction?”). It’s this element of grimness which one would suspect had made them such an attractive act for White in the first place.

Blood Speaks a largely timeless-feeling piece which not only sounds like it could have been written any decade over the last 40 years or so, but feels eternal in the way it runs its course. The rural guitars of concluding track ‘Film Reel,’ for example, reverberate in what seems like forever. It’s more a case of hypnotism than tedium, though, and with Blamire and Jones’ seductive voices swooning over the top, the result is all the more hypnotic. A shame that ‘Take Me Down When You Go’ and ‘Hideaway’ don’t contain quite the same allure and feel rather too single paced and restrained. Otherwise, Blood Speaks is one of 2012’s more entrancing records.