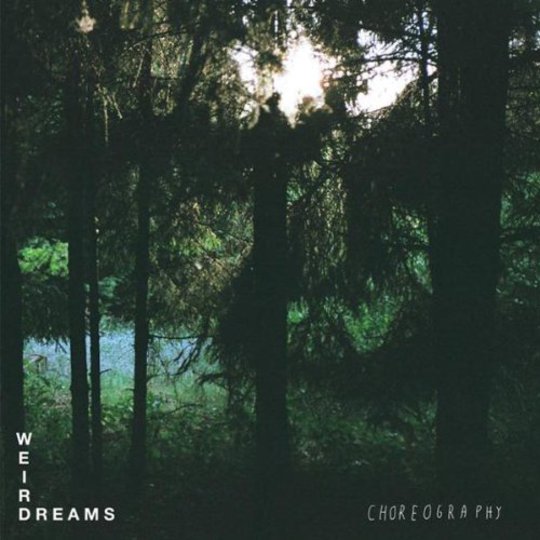 Warbly tapes sounds, catchy guitar, hand claps and a beating drum. So far so en vogue and that’s just the album opener ‘Vague Hotel’. And so far so straight-forward biography-wise - Weird Dreams have played the music game properly. They have released two EPs: the debut on cassette for drummer Craig Bowers' own imprint Sleep All Day records, and the darker Hypnagogic Lullaby on vinyl, plus a single ‘Holding Nails’, stirring up significant interest in their sounds. They have an eerie guitar pop sensibility that instrumentally makes for a pleasantly surreal ambience layered with intriguing lyrics and gratifying vocal harmonies. Adding to this this is their sweet Male Bonding/Cheetahs connections via bassist/backing vocalist Hugo Edwards.

A simple way to describe this East London quartet is as a lo-fi Beach Boys. A more complex way would be to point out that on the surface their pitch bending twee guitar pop sounds are upbeat, bittersweet and harmonious. But scrape beneath the musical aesthetic and you will find some slightly disturbingly Lynchian lyrics. Second track ‘Hurt So Bad’ is an example of this with frontman Doran Edwards contrasting the bright guitar with lyrics about an unusual relationship: "I wanna to feel the back of your hands/I wanna feel demoralised/why don’t you force me to say it baby/I love the way you hurt me/hurt me so bad". Alongside this is the sound of the guitar with more delay than the release of the NHS risk register, clearly doffing a hat to the Twin Peaks theme tune

Choreography was recorded in Edwards' studio flat, though you could barely tell it was self produced. It's clearly a personal record to him: ‘Surburban Coated Creatures’, for example, is an unraveling of difficult teenage years. Although largely a guitar pop-with-harmonies affair, there are some musical surprises on this LP, tracks like ‘River of the Damned’ taking a turn for the spooky with ethereal backing harmonies and a creepy stark minimalism emanating from the instruments. And there is ‘666.66’, which appears to stick to the core sound, suddenly dropping in a solid wave of distortion, lifting up the chorus in radiance. Then there are the weird flailing outros of ‘Summer Black’ and 'Michael'. All these examples can be taken as a good indicator of the Dreams being prepared to stretch their musical imaginations with a big future beyond this reasonably enthralling debut.