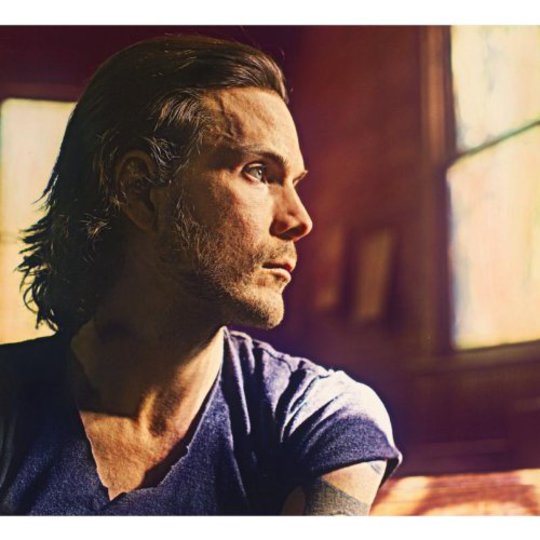 It’s pretty obvious with his surname and all, but Simone Felice was formerly a key member of The Felice Brothers, a ragged bunch of musicians from upstate New York with an intimate knowledge of The Basement Tapes. While The Felice Brothers have recently developed their sound to unexpectedly bring synths and auto-tune into the mix, Simone has struck out on his own, stepping out from behind his drum kit first as leader in The Duke And The King and now as plain old Simone.

Such a leisurely route to a solo record is typical of Felice, who has the kind of biography that film producers would reject for being too far-fetched - close encounters with death, tragedy and beat poetry all feature along the way. That he’s also found the time to write a bunch of acclaimed novels and short stories suggests Dave Grohl might have a strong challenger for the role of busiest former-drummer in rock.

'Rock' is probably the wrong word to describe Simone Felice, as it’s probably the mellowest record the man’s been involved with. Mostly constructed of Felice’s vocals adorned with acoustic guitars, swooning Hammond organ or some cooing vocals, it’s a nice, lush sounding record – it’s just missing some of the grit that you’d find with the full Felice family in action.

That’s not to question the quality of the songwriting on show. Felice’s narrative ability flows naturally throughout, whether he’s talking to Courtney Love (‘Courtney Love’, obviously) or considering the death of Michael Jackson (‘New York Times’). He also doesn’t shy from darker subject matter – album highlight ‘Stormy Eyed Sarah’ talks of a preacher’s daughter beaten “blue and black”, while ‘Ballad Of Sharon Tate’ is not exactly something you’d break out to get the party started.

The most upbeat moment, ‘You & I Belong’, could have been lifted straight from The Duke & The King’s first LP, taking the gospel-folk template of that record and adding some Mumford & Sons banjo trills (ironically, the Mumford’s Ben Lovett appears on backing vocals here, outshining his alma mater). It’s the lack of anything else in the same mould that lets down Simone Felice.

Perhaps it’s Felice’s way with a melody that works against him here. On a Felice Brothers record his tracks stand out as the more contemplative moments amongst the more rickety, rabble-rousing rackets the rest of the band puts together. Most of the tracks here would sound great in that context, but put together here and it leaves you wanted something a little more ragged.

Simone’s vocals are also an element that needs to be considered, as they’re the main focus throughout. Again, on previous releases there’s been other singers in the mix, but here his vocals often stand unadorned, and his particular style – part earnest whisper, part anguished howl - can be a little wearing over a number of tracks.

That’s quiet a harsh thing to say about an album of tracks that are undoubtedly well crafted and artfully produced. It’s just difficult to shake the impression that they’d have worked better scattered within a more varied selection.