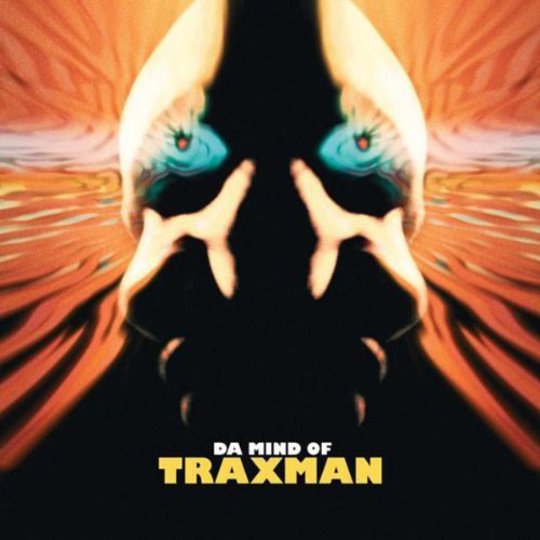 So you’re an earnest and open-eared sort who is keen to take a punt on hot new sounds when you read about them, but is also fastidiously self-aware and worried about looking like a bandwagon jumper. You got into footwork, the Chicago-birthed dance subgenre, about 18 months ago, when Planet Mu Records released that DJ Nate compilation [http://drownedinsound.com/releases/15634/reviews/4140922]. Given that footwork was almost impossible to buy in the UK (where you live) beforehand, no-one could reasonably hold this against you. However, it behooves you to acknowledge that the style’s built-for-dancing lo-fidelity hackwork has a history stretching back through over two decades of Chicago club music, and that there are architects of the form still very much on the scene. Who’s gonna write your crib notes? Well if it isn’t Planet Mu once again, with 55 minutes of brand new hotness from footwork/juke/ghetto pioneer Traxman.

Amidst a scene full of producers and dancers not yet out of their teens, Traxman – formally known as Cornelius Ferguson, less so as Corky Strong – can claim a couple of decades’ experience as a producer and DJ. He even debuted with a 12-inch EP on Dance Mania, the most venerable of ghetto house labels. On some level, if a young producer starts producing footwork, they owe a debt to Traxman, even if they barely know it. And yet there isn’t an especially clear distinction between the taped-together spasms of stuttering rhythm that have come to characterise most of Planet Mu’s footwork releases to date (label head Mike Paradinas seems to prefer the crazier, more frantic side of the genre) and what old timer Ferguson delivers here across Da Mind Of Traxman’s 18 tracks. You wouldn’t exactly say that the teacher has become the pupil, but he’s certainly reacted to modern developments in juke and footwork on this evidence.

House and techno are in his DNA, of course, evident from the opening ‘Footworkin On Air’ – a wild, if oddly soothing marriage of tinkly Eastern melody, an insistent snare and buzzing, abstract acid burbling. In running bunting through four different decades of production techniques, Traxman arrives at what feels a bit like, I dunno, a Global Goon demo from about 2001. This proves more pleasing than you might expect. The Roland 303 is flogged still more ferociously for ‘1988’, whose title bangs home the acid house peg upon which its Phuture-cum-Hardfloor freeform nuttery hangs. A lot of footwork chances on techno-ish rhythms, but very few of these dudes were there for the gestation.

Ferguson’s source material is varied, and treated with… if not respect, exactly, then at least the feeling that it’s being cut to fuck because Traxman dug it in the first place. For ‘Itz Crack’, a warm and saxy slice of Kerri Chandler type soulfulness is eviscerated and diced to feed hyperswift dancing feet. ‘I Need Some Money’ does something fairly similar, albeit less brutalised, with a string-swathed Northern Soul-sounding lungbuster that I should probably recognise; ‘Lady Dro’ and ‘Setbacks’, whose skeletons I’d guess were both from the late Sixties or early Seventies, provide further platforms for me to parade my ignorance. I do know AC/DC, though, making ‘Let There Be Rockkkkk’ (Traxman occasionally finishes his titles in the style of a teenager writing on her friend’s Bebo profile) Da Mind Of…’s most cosily familiar segment. This might be partly because it sounds like something from the bloated middle of a pre-millennial Fatboy Slim set, but still.

What sets Traxman apart from most of his current footwork peers is an ability to preserve the tenderness when he’s stripmining house, soul, disco and Prince (the spoken word bit to ‘Let’s Go Crazy’, in fact, for the atmospheric closer ‘Lifeeeee Is For Ever’). This should not detract from his equal skill at conjuring unruly, drums’n’samples raw bangers, of which Da Mind Of… has plenty. ‘Callin All Freaks’ is Traxman at his most monomaniacal; ‘I Must Deadly Killer’ is a flat-out riot of clashing rhythms and groaning subbass. Dude even reaches back into his juke pocket for some scattered moments in the album’s centre. ‘Sound Filed’ and, especially, ‘Work Me 2011’ were born to have raps about blowjobs gobbed all over it on a mix by someone like DJ Slugo, while for ‘Going Wild’ he gives his only guest spots to long-time pal DJ Rashad and Rashad’s frequent sidekick King AG. It’s the most dizzying and multi-faceted cut on the whole album – like most of the remainder, it does tremendous things with a deceptively simple palette, Rashad and AG just add a few colours.

The prospect of being able to appear a few percent wiser about footwork’s ancestry is not, all told, the reason why you should buy this album. If that’s your motivation, though, so be it – but I insist you meditate on hypnotic beats as frequently as you bug out and buss’ down.