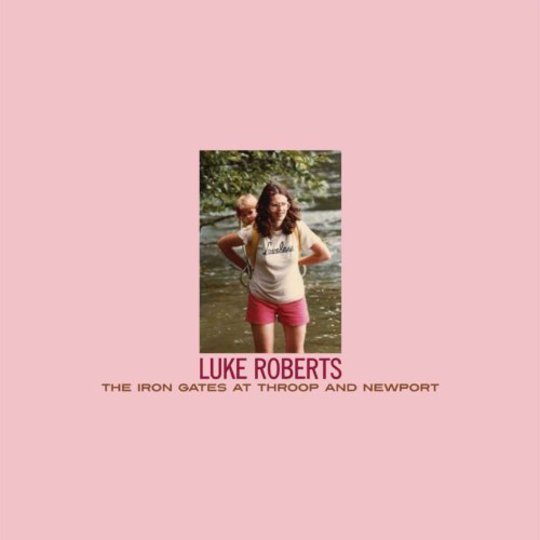 Luke Roberts' début album Big Bells & Dime Songs was a record that was minimalistic by necessity rather than by design; the sound of one fella and guitar train-hopping and freewheeling his across a vast American landscape. The notion of travelling America in search of your own self-discovery is a long-standing cliché and suc a familiar trope of so many songs, books and films that it's easy to align yourself with the themes and aesthetics of Americana by simply deploying a few aural signifiers; a pedal steel guitar here or a creaky old country voice there and you've got about half the readership of Uncut in your back pocket. Luke Roberts isn't afraid of playing to type, but this isn't strictly speaking a bad thing. Like Stephin Merritt recently said “We can’t communicate unless we already know the same tropes. If you have three clichés it’s a genre; if you have four, it’s a style of genre, if you have five clichés, it’s a band, and if you have six clichés, it’s an album.”

I'm not quite sure how many clichés Luke Roberts has, but I have no reservations about how effective he is in using them to evoke the imagery of classic Americana whilst putting his own personal stamp on things. Although, to be honest 'stamp' might be overstating it; musically he keeps things simple, but it's not the same degree of intimacy that you'd get from, for example, the earnest whimpering of Perfume Genius. Roberts' personal mark is found in the way syllables slowly creak out his larynx in a sort of half-sung drawl resulting in a vocal tone that is often surprisingly wry given the supposed emotional weight these slight songs carry. It's at it best in the company of the slight musical adornments provided by The Iron Gates at Throop and Newport's guest players particularly fiddle/mandolin player Billy Contraraz. 'Everytime' is the most mellifluous and best song on the record as Contraraz's fiddle and tremolo'd mandolin intertwine in breathtakingly lush, yet imprecise, fashion. On album opener 'I Don't Want You Anymore' the aching whine of his fiddle seems to reveal a melancholy ache underneath the façade of contentment in his spare acoustic chords and the sentiments of the song's title. Indeed contentment and settling down is one of the overarching themes of this record, but it's no surprise Roberts returned to his hometown of Nashville from Brooklyn to record this album, given its predilection for the more rustic end of American folk.

Nowhere is the sense of homely contentment more evident than on 'Spree Wheels' where the divergence between the comforting coos of backing vocalist Emily Sundblad and Roberts' own slightly off-key quiver affects a sort of country lilt in itself as they proudly celebrate the mundane details of domesticity, “This is my home/ White, blue and green”. This contentment becomes downright giddiness on the upbeat strum of 'Lost On Leaving' (“Everyone is smiling at me”), the album's most bustling arrangement with guitar, piano, percussion (shakers and tambourine), several harmonica solos and even little bit of low-end brass. It's joyous stuff, but it highlights the record's ultimate weakness. It might sound stupidly simple, but it generally rings true that Luke Roberts is more interesting, more affecting, more plain memorable when there are more instruments playing more notes on a song. For someone who is at their core an acoustic singer-songwriter this is bad news.

There are more stripped back songs where Roberts succeeds, for example 'Cartier Timepiece' where he disperses short lines of mountain imagery (“Silver trails – olympic pines”) amidst the catchy hooks of his deft fingerpicking. There's one key point here: the song has a hook. By comparison 'Will You Be Mine' is an upbeat strum lacking any memorable features whereas on brisk album closer 'Second Place Blues' his talent for speed outstrips his talent for melody. The dullest song of all is one that actually features drums, yet the most plodding beats imaginable aren't going rescue 'Old Fashioned Woman' with its refusal to deviate from the dourness of its two chord melody. 'His Song' features a similarly pedestrian beat and a slightly more sophisticated chord progression, but ultimately not a memorable one and that's what lets Roberts down the most.

“I've been searching for the meaning in his song”, Roberts sings on the aforementioned track. You feel there's meaning to be sought for by the listener in Roberts' songs, but they simply aren't inviting enough that you'll want to open up the gates and step inside.