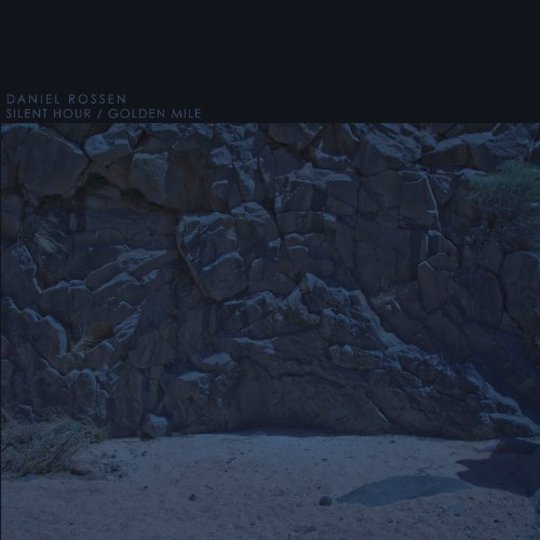 There are certain things in life that as much as I may always enjoy them, I’d never list them amongst my favourites: Italian food, Australian wine, a Sachin Tendulkar innings, Scorcese... and, I guess, the music of Daniel Rossen, who has spent the past 11 or so years in New York as part of both Grizzly Bear and Department of Eagles. The West Coast that Rossen grew up on has always tended to colour his bands’ hugely acclaimed - yet oddly low on mainstream success - pop sound with an enhanced feeling of warmth, and the same is true of his debut solo EP Silent Hour/Golden Mile. In fact, I'm sorta loath to criticise something this sun-drenched, this well-crafted, and this characteristically gorgeous.

This seems like an opportune moment for a trepidatious 'having said that', so having said that, I do have to take issue with the press release piquing my curiosity for the record by telling me that it 'reveals a core [I] might not know he had.' Is this going to be an exciting reinvention from one of the Pitchfork generation’s most talented songsmiths? A Kid A or a Yankee Hotel Foxtrot for a decade down the line? You know the answer to that one, don’t you?

Yes, Silent Hour/Golden Mile finds Rossen in familiar territory. That plucked acoustic guitar sound that’s a bit like a deforested, coastal version of Fleet Foxes? Check. Echoing, crashing drums á la most tracks on Veckatimest? Yup, right there on opener ‘Up On High’. Heavy use of slide guitars, endearingly cracked falsetto and beautiful pop hooks that are anything but neat? All present and correct, obviously. When he sings “There’s bliss in this mess/There’s madness all around” you feel that he’s treading the same laid-back breakup ground as on the brilliant ‘While You Wait for the Others’ ...But who really cares?

It’s telling that my only gripe is the record’s brevity (and that’s kind of a given, considering the nature of the EP medium). ‘Silent Song’ is the ultimate alternative folk-pop track: uplifting, understated and yet epic, hook-laden and heartbreakingly pretty... and destined to have a restraining order against it from any singles chart. ‘Up On High’ meanwhile sounds like a hipster take on Led Zeppelin’s ‘Battle of Evermore’, with the same folky roots sprawling from the influence of Fairport Convention.

Yes it may be comfortable and familiar, but Silent Hour/Golden Mile is never samey; there’s even a piano ballad in the form of ‘Saint Nothing’, the droning string backing to which turns it into the perfect antidote to the more commercially successful beige revolution sweeping the nation. Rossen may be sticking to what he knows best, but why would you want him to do anything but?