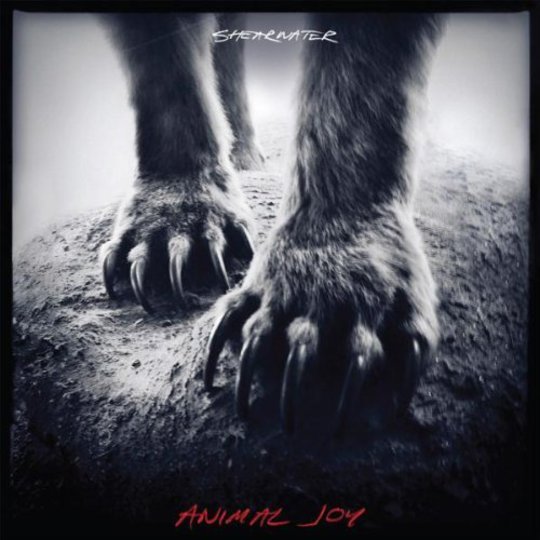 Though it seems ridiculous that Shearwater aren’t big by now (not you know, big big, but Sufjan Stevens or The National big), one can take some consolation in the fact that it’s hard to imagine Jonathan Meiburg and co would gain anything other than dollars from the leap to, ooh, silver-selling status. Last set The Golden Archipelago was maybe expected to be the Texan band’s breakthrough following the strides taken with Palo Santo and Rook. But the sumptuous arrangements, expensive-sounding production and above all the 50 page booklet The Golden Dossier that accompanied the album were not symptomatic of a hubristic belief that it was going to sell kerchillions, but rather Shearwater simply doing what they do.

Seventh album Animal Joy is a more stripped back affair, though only in the sense that, say, Queen are more stripped back than Wagner. The Golden Archipelago’s mannered intricacy and air of progginess are dialed back, replaced by a tougher, more direct sound and - on the album's most striking tracks - a surging sense of romance, abandon and joy.

That’s Romance with a capital ‘r’ on galloping opener ‘Animal Life’, a fizzing green surge of energy on which Meiburg makes waving goodbye to the trappings of civilisation sound not like some smelly hippy endeavour, but unspeakably heroic: “I shed the dulling armour plates that once reflected radiance” he keens at its crashing climax. Meiburg’s lyrics are a touch more direct than usual, but still effortlessly astonishing – 99 per cent of love songs do not have a line as casually beautiful as ‘Animal Life’s “I held your name inside my mouth through all my years of wandering”.

The other key track in the first half is ‘You As You Were’, coming across like some ancient plains ancestor of ‘Born to Run’, an ebullient roar of piano over which Meiburg thunders “You could run in the blood of the sun's hard rays/You could drive the mountains down into the bay/Or go back to the east where it's all so civilized/Where I was born to life/But I am leaving the life”. That Shearwater have always been big fans of nature is self-apparent, but here they throw themselves into it bodily with a celebratory, adrenalized enthusiasm that’s the antithesis of this record’s delicate predecessor.

Joyous, overwhelming and just a touch stadium rock, ‘Animal Life’ and ‘You As You Were’ seem perhaps set to define Animal Joy in a way not strictly accurate: after their detonations have subsided there’s less sense of wildness to the record. But if the considered, brooding Shearwater of yore are still very much there, there’s a pleasing muscularity to it all: the titanic thump and crunch of ‘Breaking the Yearlings’; the taut Walkmen-ish buzz of ‘Immaculate’. Even the softer songs are less ornate and poised, more primary coloured and fun than the last couple of records: ‘Open Your Houses’ verges on being just a little sexy; the closing ‘Stars of the Age’ is swelling and luminous, crystal ripples of synth and angelic backing vocals guiding it home as Meiburg roars “the only relieving light/In the spinning darkness of our lives/Is when I see you again”.

Though harder, happier and a little more direct, Animal Joy is above all a Shearwater record: swooping, eloquent, concerned with nature. You could maybe accuse it of being a touch AOR, but frankly that suits the immensity of the band’s sound (and it's not like they didn't sound stadium sized already). Like nature itself, Shearwater simply continue, serenely untouched by vagaries of fashion.